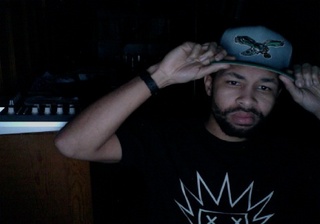 I'm NaYR and I come from Philadelphia, PA; I began my musical life with producing tracks in 2003, stopped producing tracks in 2006 because I didn't have the best equipment to make serious tracks. Then I began rapping and writing in November 2006, after being encouraged by my friend and collaborator Saint Soulja. In January 2007, I began writing "The Prism EP". By March 2007, I was started recording the project at a professional studio, it was completed sometime in Fall 2007.I released three independent internet-only singles "The Prism", "God Knows" & "All Things Come To An End". The EP recieved favorable reviews and minor buzz through various internet outlets. The Prism EP(a #1 Soundclick EP and Single)Released: September 9th, 2008 (at Soundclick.com/NaYR) I am currently working on my next project entitled "The Light". -NaYR

The Boombox feature by AOL (The Boombox)
Check me out under the "Discover New Hip-Hop" section.
NaYR gets back to his roots.. by Dinosaurs And Robots!
NaYR has joined forces with close friend and brother, Israelite to bring you the new production teamand hip-hop duo, "Dinosaurs And Robots!".--- D & R! is bringing a new sound with their unique...
AOL Music feature by AOL Music
Check out this snapshot of my "AOL Music feature" in April.
NaYR Releases "The Prism EP" Sept. 9th by The Prism EP [FREE D/L]
Its finally here! The Prism EP is here!Check it out!Download it right now for FREE! @ www.soundclick.com/nayr or www.myspace.com/nayrcrossClick the Album Cover to start the Download!Leave a message...
"The Prism" (EP) goes #1 on Soundclick! by The Prism-#1 EP on Soundclick!
[SELF-PRESS BLOGGING]----Thanks to all of you who download, voted or listen to my EP "The Prism" it went #1 on Soundclick! Thank you, I absolutely appreciate it.----And for those who haven't,...
Album Review: The Prism EP (from Leonards Lair) by Leonards Lair Album Reviews
Some quick excerpts from the review:...I was unfamiliar with Philadelphia artist NaYR (backwards spelling of his real name Ryan) but feel privileged to have listened to this addictive, superbly...