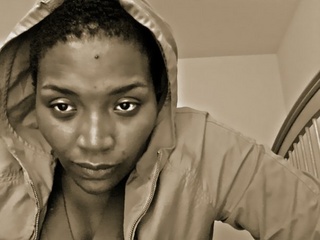 nginafayola is a singer/songwriter, born in Georgetown, Guyana. She grew up in Cleveland, Ohio. nginafayola’s father, Jojo Kofi Badu, was one of the founding members of the international world music band, The Yoruba Singers; he became her direct influence into her craft. Since 2004, nginafayola has written and produced four albums: nginafayola (the birth of), observationz, Anomaly, and Ladybugs in my Lamp. Each beat was arranged and created by nginafayola; each album reflects a point of change and growth within nginafayola’s personal. nginafayola also produced A Spoken Word Project: for the People for Kisha Nicole Foster in 2008.