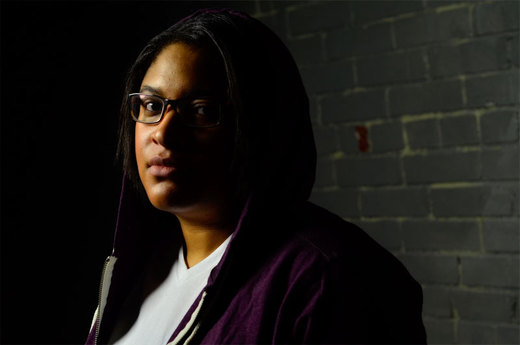 Poignant.  Striking.  Profound.  Those are just some of the words that are used when describing the music of Charlotte-based Singer-Songwriter Nicole Monroe.  Audiences from Charlotte up to Boston have experienced the joy, fear, and pain in every word and chord when she performs.  When you stand back and watch her interact with audiences, you experience first-hand just how capable she is of connecting with listeners on a very personal level.  The quirky, New York native began writing as an outlet for a shy and disconnected 13-year-old, finding a way to relate to others while voicing her thoughts and opinions through song.  Most of her teenage years were spent recording tapes of original songs in her parent’s Long Island home, sharing them with friends and handing them out at local Open Mic events.

In 2005, Monroe took a grassroots approach and self-engineered/ produced a five-song acoustic EP entitled Notebooks and Pencils, which was predominantly sold at live shows.  Now at 29, Nicole is gearing up to release a follow-up EP, her first through Sharon Road West Music.  Just A Kid is a collection of artistic rock songs that will draw listeners in with engaging musical arrangements and hard-hitting lyrics.  First-time listeners will experience an emotional ebb and flow throughout the EP and Monroe wastes no time introducing them to her craft when hitting play.  The EP opens with the lyrically-moving song ‘Broken One;’ a song about working through and coping with the emotional struggle of coming out in what feels like a disparate world.  Not all songs on Just A Kid hit such a sharp chord and lend the spotlight to the music, as heard in the third track, ‘Hey You.’  While fans may be accustomed to the mellow, acoustic performer, Monroe and Nashville Producer Sean Power (John Hampson, Blake Lewis), deliver a new, full-band sound with Just A Kid.