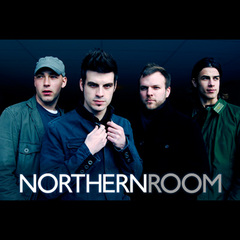 Formed in the Autumn on 2004 by Andrew Jonathan, Michael Morgan, and brothers Micah and Tony Olla, the quartet were inspired by such diverse genres as shoegaze, new wave, power pop, and indie-rock. Combining a layered instrumental foundation with driving rhythms and melodic vocals, Northern Room spent the next six months crafting their unique sound. Then, in the Spring of 2005, they fled their home state of Wisconsin and recorded the Last Embrace EP in Nashville, Tennessee.

This first official recording, released independently in the United States in February of 2006, includes the dreamy Galaxy, the haunting This Wreckage, and the electronic-flavored Last Embrace. In January of 2007, Northern Room returned to the studio to record an additional four songs which were independently released as the Only Seconds EP, including the atmospheric Stars of God and the driving rock hit We're On Fire. In April of 2007, Japanese label BM.3 Records released the contents of both EPs as a full-length album -- titled Last Embrace -- in Japan.

In late 2007, Northern Room combined the ten tracks from both EPs, three live acoustic tracks, and one previously unreleased song -- Home -- to create Last Embrace - Deluxe Edition. This enhanced CD, which also contains a music video for Last Embrace, was independently released internationally in November of 2007.

Fresh from a packed residency at Milwaukee's Hi Hat Lounge, Northern Room is touring regionally in the Midwest to a rapidly-growing fan base, supporting such bands as the Silversun Pickups, Jack's Mannequin, Ben Lee, The Hush Sound, Bon Jovi, The Gufs, Mute Math and Switchfoot. The band is looking forward to a busy Summer festival season, supporting The Bravery and the BoDeans.

88Nine awards announced by OnMilwaukee.com
TNT Award (artist most likely to blow up nationally) -- Northern Room Artist of the Year (Pop/Rock) -- Northern Room Live Performer of the Year (Pop/Rock) -- Northern Room
Northern Room gets comfy at Hi-Hat Garage by OnMilwaukee.com
Although astute music fans remember such famous residencies as those of the Beatles at Liverpool's Cavern Club and The Jam's at London's Red Cow, the practice hasn't been popular among rock and...
Northern Room "We're On Fire" by The Glorious Hum
Remember the last time good music made it on to anything besides college radio? Northern Room, hailing from Milwaukee, reminds me of the rare occasion something I liked made it to the radio before...
CMJ Madness: Northern Room @ Arlene's Grocery by AM New York
I caught the Midwest-based Northern Room somewhat by accident because they began playing after my friend’s show. And just like that, I was hooked on their mellow, U2-esque sound. The four band...
AJ - Interview by Stereo Subversion
Northern Room probably isn’t on your radar yet, but they should be. These Wisconsin boys have created an ear-catching blend of pop-rock, merging the song-craft of U2, Coldplay and Maroon 5 with the...
Full Review: Northern Room - Last Embrace Deluxe E by albumproject.wordpress.com
The corners of my mouth began to point up, and my ears danced with excitement. All this taking place about 30 seconds after inserting Northern Room’s CD and pressing play. The talent and potential...
Mornings On FM 102.1 WLUM by Kramp
It's an audible eargasm fresh with immense faith. The crashing wave crescendos prove as powerful as the meaning behind the songs. I'm a believer...plus I hear they're big in Japan!
M-magazine by Jordan Dechambre-Childers
...after hearing several original songs you could not compare [Northern Room] to any other group or sound. It was a style all it's own--soft but daring vocals, fearless bass, fluid guitar, and...
Summerfest 2008 show review by Tess Cychosz
I also saw Milwaukee locals, The Northern Room, who drew in a huge crowd at the Harley Davison Stage. If you haven't heard of these guys, all I can say is look out Bono, you have some serious...