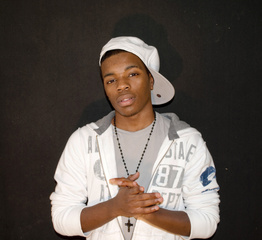 My Music Production Career--How I Got Started…

I believe that my music can be a hit in today’s music industry.

My Inspiration—the Start of My Rapping Career

I started my rapping career when I was about 8 years old mostly in Gospel Rap. Around age 12, I got into secular Rap & Hip Hop. Since I was always a quiet person, people never thought I could rap. Now, after producing, sharing track after track of my own music, and doing shows. I get a lot of respect for my music skills from my friends, strangers and professionals in the industry.

My family and friends have helped me a lot with my music over the years and I know there is a lot more for me to learn; but I am very willing to do so.

I believe as a Young artist people don’t think that they will get somewhere in the major industry. I think I can bring that to the game in change the world. Also i do it for exposes, getting more respect, and making dreams come true. Really, for Young Artist that’s trying to step up in the game, and i just want to share my music to the world. And let them no that there is a new born prince in the music industry.

My music is club banger and Hip Hop rap style. I create my own. I love performing in front of big crowds of people; So far I had performed at small clubs, stores, and parties. I may be quiet but I am not a shy person at all. When I perform, I love to go crazy with my music!

I will have to say that I am pretty known in my area. I will have to say I have a very good fan base in the Chicago land area where I stay, Mostly because of how I been played on online radio station in on air radio stations in local shows. When I do show I always make sure that I bring fans with me all of the time. So people will know about me, you can check out my videos on my website (E-willonline.com) or (Myspace.com/ewillmixtape). How I started getting a big fan base in my area? I try to do open mic in the area before I started doing anything else. Now I know that I am able to take my music to the next step in the music industry. And now booking agents ECT… loved to book me for there shows. So now booking agents are booking me from out the state like Atlanta, GA, and New York.

My goals for producing music are to be able to sell my beats to the top labels and artists and get signed to a major record deal.

I have accomplished a few of my goals so far. The first was to perform in front of live audiences which I do at local parties. The other was to get my music played on local radio stations. So far my music is being played on internet radio station BMS - Southside of Chicago and soon HOT 103.9 in North Carolina. Now I am working with other radio stations.

To know that dreams can come true is probably my biggest motivation as I look forward to my future in music!

Interview with hiphop Chronicle by Hiphop Chronicle Interview
Check out the interview with Hip Hop Chronicle
E-will Interview With Heard Magazine by heard Magazine
E-will Interview with Heard Magazine:Check it out here:http://www.najasmusicpromotions.com/ormyspace.com/heardmagazine
Interview Live streetbeatradio by street beat radio
Was gud. check out E-will live on street beat radiohttp://www.streetbeatradio.com/#/studio-816/4540538594Read more: ...
The Good Fight Studios Feedback by Good fight studios
The Good Fight is proud to present E-Will and Yung Prod. These Guys are from upper Illinois and ready to bring a whole new style to the Good Fight team.Keep checking back to see what these guys...