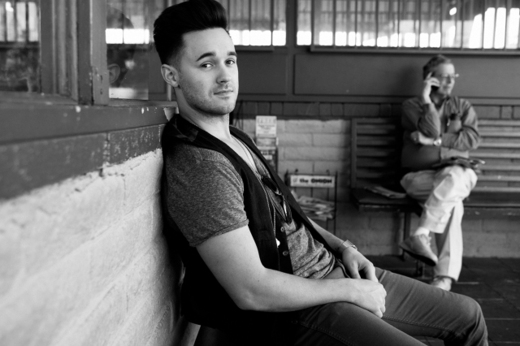 Pressing the cassette into his Walkman, Cameron Jaymes lay on his bed and waited for the sounds of Paul McCartney’s 1971 album “Ram” to come through the headphones.

“My piano is boldly outspoken,” the voice growled and cooed. “Cats and kittens, don’t get left behind.”

So it was that Jaymes no longer wanted to play for the Los Angeles Dodgers when he grew up. He wanted to be a musician.

“I just loved the way that music made me feel,” Jaymes says now. “It evoked a certain feeling in me, a sort of excitement.”

Born in August 1984 in Bakersfield, Calif., Jaymes started singing while in elementary school. His mother enrolled him and his brother in an after-school choir program, but it wasn’t until he was 15 that Jaymes focused seriously on singing and songwriting, penning his first piece for a girl he wanted to impress.

By age 18 he’d already toured with a ska-punk band and was spending time figuring out his own sound. Now He has crafted into Pop music influenced by his favorites- Michael Jackson, Paul McCartney, Stevie Wonder, George Michaels, Janet Jackson, Tears for Fears, and many others.

“My greatest inspirations come from everyday life,” he says. “I want to give people songs that warm them and help them feel alive.”