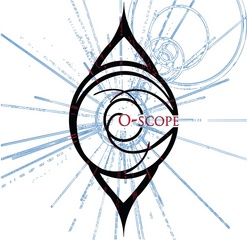 Oblivionscope is a musical ensemble from Bogotá, Colombia, that fuses an ever varying range of styles, including Hard Rock, Alternative Rock, various breeds of Metal and Progressive Rock/Metal. Formed in Late 2004 by David Cuadros (former singer), David Gutierrez and Oscar Medina. Eventually Steven Rigby would join them and in 2008 David Acuña completed the roster. In 2010 Andrés Afanador became the Lead singer of Oblivionscope, turning the band into a new sonic experience. Oblivionscope's artistic vision is based on the philosophy of delivering a very melodic, energetic and reflexive performance.

Oblivionscope by At the Radio
Previously Called Perpetual Oblivion, The band first sounded at "Javeriana estereo (91.9 fm)" on the "radiandoweb"section! That was the first time Meta-Physical came on air, as the band's first...
p
A
n
E
F
Song Title by Artist Name