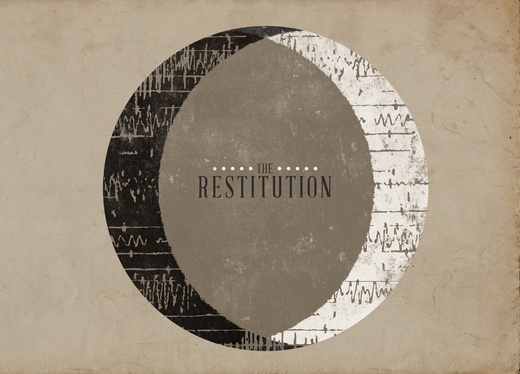 The Restitution is an ambitious progressive metal band from Portland, Oregon. Striving to stray from the norm of stringing together breakdown after breakdown, the band aims instead to create music that is intentionally cohesive and purposeful. Sonically, the band draws from an eclectic set of influences, drawing sounds from folk, jazz as well as electronic music. Their music contrasts chaotic and tempestuous riffing with sweet and soft-spoken melodies. Such contrast serves to further emphasize the urgency of their message, iterating an unrelenting hope that stands in the midst of the cruel hardships of life.

Formed in 2005, The Restitution is the brain child of singer\guitarist Michael Wright. In 2011 and 2012, he added guitarist James Cook, bassist Adam Vandecoevering and keyboardist Tyson Kingrey to the lineup. In May 2013, the band released its debut album, "Waves".