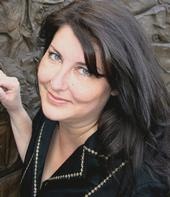 
Pamela is a speaker/minister that happens to sing and write her own music. She says: "The lyrics of the songs I've written and recorded give a glimpse of what I have found to be the answer to getting from where I am to where I want to be. It's a life-time process.

I am a former juvenile corrections chaplain for the State of Texas (TYC). My husband Garry and I also served as CPS foster parents for 14 years. Working with troubled youth (and adults) has been a big part of our lives. We have witnessed the power of prayer in many lives. I have a Master’s degree in counseling, but I've found that there are not enough degrees in this world that can do what the Great Counselor can do (Is. 9:6).

Pamela's focus is helping people get beyond whatever it is that holds them back from being and doing all they were created to do - thus her ministry is called "Beyond Gates". She focuses on the many life issues that can incarcerate not only physically, but emotionally and psychologically. Hidden hurts and secret sins can be holding a person captive and they not even be aware of it. The lyrics of her songs and the passion that she sings are instruments that bring hope for deliverance. Her anointed songs and voice speaks volumes about her love of God and people.

. . . our background and circumstances may have influenced who we are, but we are responsible for who we become.