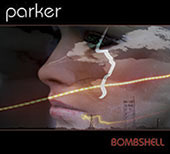 parker is fronted and creatively built around songs co-written by singer/songwriter Tom McNeil and songwriter/singer/producer Thomas Ryder Payne.The new CD by parker, examines the point in our lives where we reach moments of personal crisis.

Parker w/Basia Lyjak @ The Horseshoe by it's not the band I hate
Parker w/Basia Lyjak @ The Horseshoe Nov 1 Current mood: thankful Category: MusicParker w/Basia Lyjak @ The Horseshoe ItsNotTheBandIHateItsTheirFansThe members of Parker are no newcomers to the...
Bombshell Review Concertaholics by Concertaholics
18 Stories Down is hypnotic for me as I've listened to it probably well over 100 times. The guitar dances with lyrics that are easy for you to connect with. Connections are what I look for in...
parker-BOMBSHELL by party in Kingston
Where only the name is new, Toronto-based Parker is no stranger to the stage or recording studio.Surrounded by talented session people and the extended band the principles of Parker who brings you...
Bombshell Review-it’s not the band I hate by it’s not the bandI hate
Bombshell Review-it’s not the bandI hate it’s the fans Category: MusicA few weeks ago I had gone to see a band named Parker live at The Horseshoe, and although the crowds were quite small, I...
Review of Bombshell by Toonage
Parker - Bombshellby Susie Why?Picture this: a Toronto-based band with innovative lyrics, a ridiculous variety of styles (ranging from electronic to folk to alternative), and a vocalist reminiscent...
p
A
n
E
F
Song Title by Artist Name