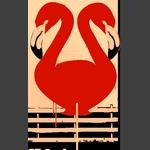 Pay the Piper is a quartet based out of Plymouth, NH. The band has roots at Plymouth State University where they started off playing house party’s and other college events. Over the past few years they have been playing shows all over the North East. The Piper merges reggae, rock, and funk to amass an arsenal of grooves to stimulate the senses. The band performs an illustrious amount of original material as well as fan favorite covers. The band has been creating a huge buzz throughout New England and is constantly playing new venues to spread the word. The band released their first EP “The Life and Times of Mel Fishland” in 2005 featuring “Beantown” and “Pine tree”. They just finished up their long awaited studio effort “Get Some”. PTP has a strong loyal fan base that brings energy everywhere they go. Pay the Piper has grown enormously in its first two years and is always looking to play a new show and brew up a new PTP supporter. For more information or booking, email paythepipermusic@hotmail.com