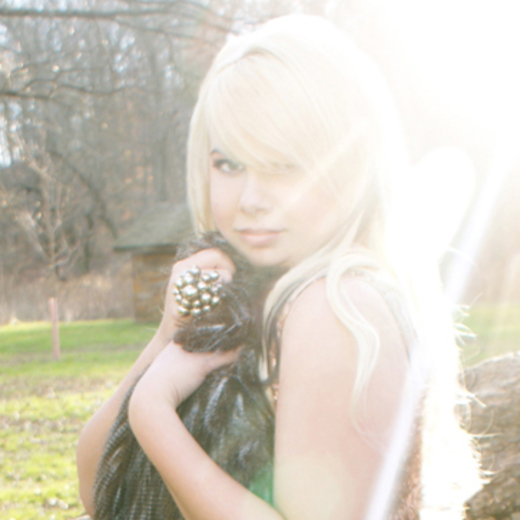 Singer, songwriter and guitarist Angela Everwood is a rising star in the country music scene.  Her debut album "I'll Be Thinking Of You" was recorded with some of the best talent in Nashville, including chart-topping producer Tom Paden (George Strait, Faith Hill) and Academy of Country Music Award winner Judy Rodman.  Angela debuted music from the project at Susquehanna Bank Center, where she performed alongside multi-platinum acts like Miranda Lambert for the 92.5 XTU Anniversary Show, one of the largest country music festivals in the nation.

Finding herself on the fast track from “girl next door” to country/pop starlet didn’t happen overnight.  At just 22, her passion for writing and performing has taken her from the confines of local stages in her native Pennsylvania to the heart of Nashville’s Music Row.  With a sound as playful as it is bold, and lyrics as nostalgic as they are inspiring, Angela Everwood's distinct musicality attracts fans of all ages, across the downhome plains of the country music landscape and past the glittery pathways of pop and Top 40.

Hailing from Huntingdon Valley, Pennsylvania, a young Angela made a name for herself locally with self-released projects inspired by influential female musicians like Jewel and Lisa Loeb.  She would venture out to the most popular local music venues in neighboring Philadelphia showcasing her sweet vocals and self-written ballads, often filling rooms with eager audiences along the way.  As she developed her songwriting, she discovered her own unique voice and style, eventually gravitating toward her trademark subtle, sleek and sassy country sound.  As her list of gigs expanded, labels took note and Angela briefly signed a recording contract that fizzled after creative differences.  As noted by the flowery tattoo “Ambitious” on her forearm, Angela pressed forward, eventually signing on with Pier Entertainment CEO Jon Pierre.

Among her accomplishments, Angela has performed at notable venues like Liacouras Center, World Café Live, The Blockley, Tin Angel, PNC Bank Field and the Kimmel Center.  She was also a winner in the Texaco Country Showdown, America’s largest country music talent search.

Now with a hot debut single entitled “Burn Out Bright,” Angela Everwood is ready to stamp her time-honored brand of female country/pop hits on the hearts of audiences worldwide.  With the support of dedicated fans, whom she lovingly dubs “Bombshells”  (an ode to her icon Marilyn Monroe), there is little standing in the way of that success.