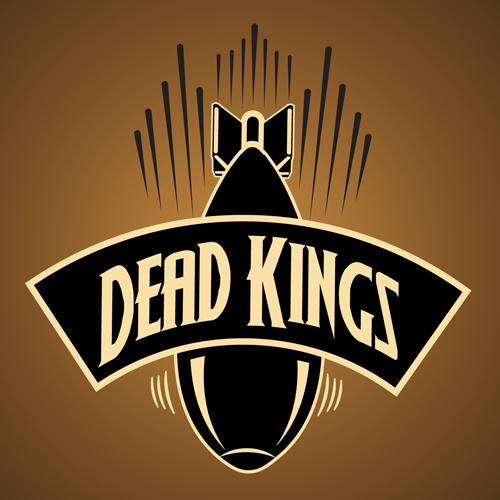 In the last year, the members of Dead Kings found each other on Craigslist, made L.A. their hometown, recorded a 4-track E.P. in Santa Fe, dusted off the quarter-inch tape decks at Capitol Records, and rocked the House of Blues on Sunset. But that's just the amp buzz start to what they call a much overdue "evolution of rock n' roll". Armed with a clash of influences ranging throughout the decades - The Beatles to Queen, Journey to Nirvana, Radiohead to The Black Keys - they specialize in a sound that's familiar, but fresh. Thus, an evolution. If their fans' screams of "more!" drifting over the last loud ringing chord in their live set is any indication, Dead Kings is as Clemente likes to say, "the best fuckin' band you've never heard.

"Burst of Energy" by Gumbo Teen Magazine
The crowd screams and claps for the encore of none other than “Petty Crux.” As local artist from Miami, this group has been hitting just about every café throughout Florida. Made up of Clemente...
fresh Petty Crux songs by Independent albums
Independent AlbumsNew Rock from Petty Crux was uploaded recently on ...New Rock from Petty Crux was uploaded recently on Cyqo Music for the community to listen to. Petty Crux is a widely recognized...
"All That Survived The Crash" CD Review by The Ripple Effect
Earworm.Petty Crux is an earworm.Now, if that may sound like a strange way to start a review, let's back up just a little bit. Petty Crux is a powerpopping, brit-rock, indie band, currently taking...
Introducing Petty Crux by NeuFutur Magazine
These Brit pop rockers are ready to let the world in on what promises to be the next big moment in the history of Rock music. Watching them, you feel like you are in a dream. You aren’t sure...
p
A
n
E
F
Song Title by Artist Name