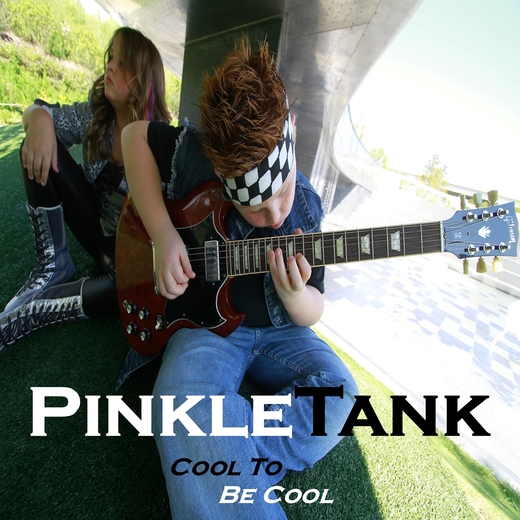 PinkleTank first formed in 2007 with both Pinkle and Tank singing. Pinkle plays keyboard, and Tank plays guitar while their dad helps with everything else. Both were only three and four years old respectively when they started singing and playing together. They both have accomplished amazing feats at very early ages using their vocal talents. Tank sang One Little Slip from the Chicken Little Soundtrack, and Pinkle sang Love Story by Taylor Swift to help them go on to win the following awards: TANK: 2008 Little Mr. Springfest PINKLE: 2009 Little Miss Gasconade County

G4 by Moye Ishimoto
an amazing commercial for the Pinkletank album
AND POP by @britt_mahaney
Eight-year-old Pinkle and nine-year-old Tank make up the revolutionary rock band that’s known as PinkleTank. ALL BOW DOWN TO THEM.
Musical Revolution of the Day by The Daily What
One day, the Gods of Rock and Roll will descend from their ethereal, transdimensional precipice to herald the Return of Metal. Their sinewy frames, borne aloft by hallowed magicks and darkness...
PinkleTank - Artist Spotlight by Working Brilliantly
Working Brilliantly caught up with PinkleTank to find more out about the band that consists of an eight and nine year old brother and sister. Their hybrid of rock, rap, pop and blues reminds us of...
PinkleTank Releases Kid's Pop Album by Amber Ruch @ KFVS-TV
Growing up around their family’s recording studio, the brother-and-sister duo of PinkleTank has been surrounded by music their entire lives. With constant access to instruments and recording...
p
A
n
E
F
Song Title by Artist Name