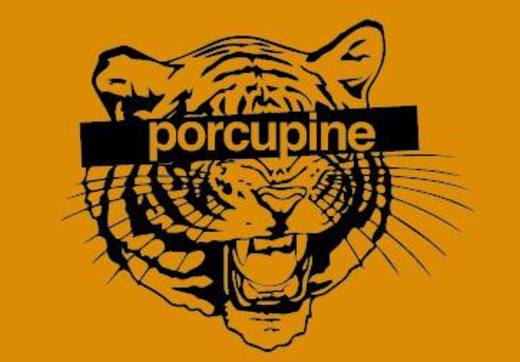 Leicester Bangs UK review by http://www.leicesterbangs.co.u
Porcupine – The Trouble With You (Blue Worm Records)Mix Queens of the Stone Age, Chilli Pepper rhythms and Bob Mould melodic rock overload and you begin to get the essence of Minneapolis threesome...
Subba Cultcha UK review by www.subba-cultcha.com
A nice slice of contemporary rock with its own flavourCategorising music by genre may be an inexact science at best – and getting more and more so as genre lines continue to be blurred by an...
Concert Live Wire review by www.concertlivewire.com
Porcupine pricks the earwith prog, pop and alt-rockPorcupine - The Trouble With You(Blue Worm Records)3 stars (out of 5 stars)Reviewed: Sept. 7, 2009 PorcupineReview by Tony BonyataWhile the...
The Onion A.V. Club review by http://www.avclub.com/madison/
The guys in La Crosse trio Porcupine put in time playing in different bands in the early ’90s, when mainstream rock and mainstream-ish indie bands just sounded more innocent, and you can certainly...
Collective-Zine UK review by http://www.collective-zine.co.
The Trouble With YouYear Released: 2009Format: CDLabel: Blue Worm RecordsReviewed by Phil DifferPorcupine generate enough hooks to open a fishing appliance store with the Queens of the Stone Age...
Built On A Weak Spot review by www.builtonaweakspot.com
Wednesday, September 16, 2009Porcupine - The Trouble With YouAlthough Porcupine hasn’t been together for too terribly long, the members that make up the trio have all spent their fair share of time...
p
A
n
E
F
Song Title by Artist Name