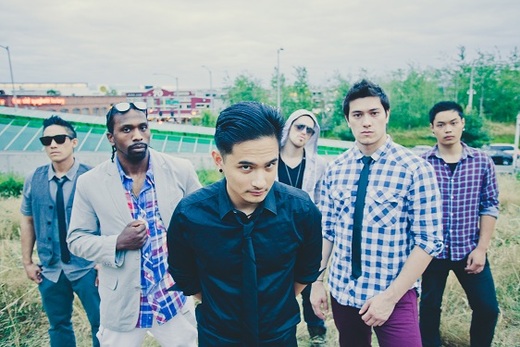 The Seattle based band Lions Ambition brings a one of a kind high energy show. The six member team blends together: positive lyricism, soulful vocals with innovative new melodies that entertain and captivate audiences. The unique sound has gained the band praise to be selected to perform for National acts, Colleges, Festivals, and awarded in multiple competitions. Follow the band on Facebook, Twitter, YouTube and on the official website www.lionsambition.net.

"Lions Ambition is the story of today's independent artists -- inspired, innovative, and on the verge of mainstream discovery."

"Crossing up genres and feels, their sound seamlessly weaves from tones of Tupac to Incubus to Marvin Gaye piano soul. "Live, Lions Ambition is at its multi-faceted finest, with a crowd feeding on their contagious fervor."

"The Seattle-based crew get it. They’re not satisfied with what we’re used to – they’re pushing into something much, much more tremendous. I’m talking about lyrics with a thought process, words that will get your mind and feet racing, sounds that are bright, completely new to you."

-Monitors on Stage right and left

5 out of 5 Stars! by
Lion's Ambition The Application Lion’s Ambition is a band with a very diverse, interesting sound that is hard to pin down to just one genre but is also hard to find fault with. This unique band has...
Pens Eye View: Lions Ambition by
I know you’ve heard of the rock-rap genre, and I realize a lot of you are sick of it – bands like Linkin Park and Limp Bizkit just aren’t doing it for you anymore. Hell, I have a hard time even...
Sneak Preview: Acts on Americas Got Talent 2012! [ by
Lions Ambition (Band) Lion’s Ambition is a six member hip-hop/rock band based in Seattle, WA. According to their official Facebook page: ”Lions Ambition’s sound incorporates soulful rock vocals...