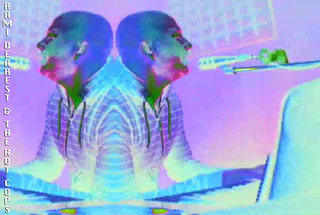 Rami Dearest may just be your favorite song writer. But most likley, you don't know it yet. Former front man of LA based Something For Rockets, and son of world renound violinist, Itzhak Perlman, Rami has been writing songs since he was just a young tot growing up in New York City. His band Something For Rockets toured extensively and put out two fantastic records, the second of which was produced by former Blink 182 front man, Mark Hoppus.

In his first solo offering, Rami combines sixties pop songwriting mixed with soulful crooning harkening back to the sound of classic Motown. Joined by producers Mike Fratantuno (black eyed peas) and Tom Biller (Fiona Apple, Kanye west, John Brion), Rami is throwing down the gauntlet with his mixture of ponient lyrics and undeniable melodies. If you like Spoon, Jamie Lidell, Guided by Voices, Elliot Smith, The Strokes, and or The Beatles, then you will definitely be feeling Rami Dearest.

Rami is currently finishing up his full lenght debut, and will be playing shows in and around the Los Angeles area in the fall.