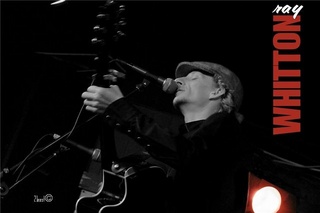 Saskatoon singer/songwriter Ray Whitton has been winning over audiences, peers, and music industry professionals since he first stepped to the stage in the fall of 2006. Armed (at the time) with little more then a few chords, and his unique voice, he has built a modest, and loyal Saskatchewan fan base that stretches from Clearwater, to Estevan, Hudson Bay to Swift Current, and all places in between. My focus will always be making music people can relate to," says Whitton. Sharing similar experiences, and writing honestly connects me as an artist with music fans. I'm an average guy, writing about common experiences we all share. We're in this together, good or bad". During the last year Whitton released his self-titled EP under the watchful eye of 2007 WCMA Producer of the Year winner David J. Taylor. Impressively Whitton's material includes co-writing collaborations with Saskatoon's Kim Fontaine, and The Northern Pikes (singer/songwriter) Jay Semko resulting in a fresh sounding country recording. A workhorse, Ray has performed as a solo act, and as part of a band (Ray Whitton Band) on dozens of occasions in 2008, and shows no signs of slowing. He is on the fast track to growing his audience and promoting his music; he has already received modest airplay and artist features on Saskatoon's Magic 98, Saskatchewan's most listened to radio station- CJWW, and the CBC. Ray is currently writing, and working towards completing his first full-length album due 2010. He continues to hone his songwriting skills working and collaborating with some of Saskatchewan's finest lyricists and musicians. The sky really is the limit for this Saskatoon "dark horse" who has seemingly come from out of nowhere and is now firmly establishing himself as a permanent staple in the Saskatchewan music scene.

Will Play For Food by Caitlin Ward by Planet S Magazine
Last summer, Saskatoon-based country-folk guitarist Ray Whitton was exposed to a bit of culture shock. The 31-year-old father of two attended “Sounds of the Saskatoon Underground,” a local metal...
p
A
n
E
F
Song Title by Artist Name