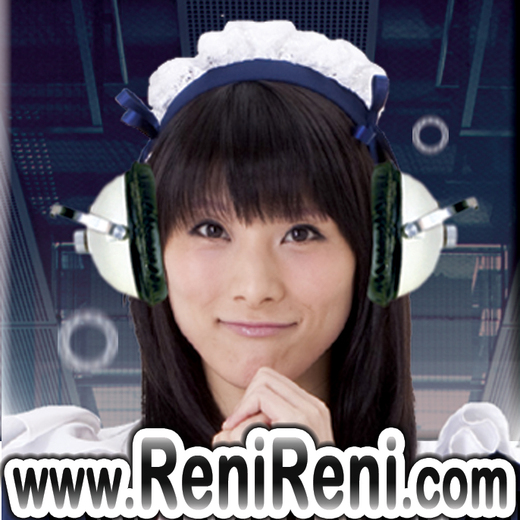 Adorability, profound ideology and high-energy onstage presence represent Reniʼs futuristic and charismatic performance, making Reni not only a great singer and dancer, but also a leader of “Moe” movement world-wide. With this movement, can a girl from Japan become an American idol as she dreams?

definitely want to check out her Akihabara-style by
Do you know Reni? No? Reni's a genuine Akihabara singer that set up shop in NYC, and she's been performing Akihabara-style Maid Shows for the past few months at karaoke bars across Manhattan....
Reni Conquers NYC with Her Lucky Star Rendition by
This past evening Japanese cosplay singer Reni gave her second performance here in NYC and from all accounts the audience loved every minute of it! Shown above is some video footage of Reni...
America's Japanese Pop Idol by Reni has already begun touching peoples lives
Japanese pop star Reni Mimura made a life changing decision two years ago—to come to America to promote her unique performing style. “My performance includes many different elements, but it is...
Japanese idol of New York city by A genuine Japanese idol
I can already tell that this moé appeal is going to make Reni a star among the local otaku community, maybe even beyond New York. We need a J-idol. It’s a niche that clearly exists, and Reni fills...
p
A
n
E
F
Song Title by Artist Name