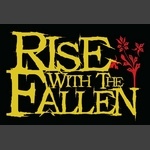 Rise With The Fallen

Rise With the Fallen was created in August of 2006 by current band member [bassist] Alan Rogozin, and started up officially in October of 2006 when past band member [guitarist] Paul Delaney, joined. Since then, Rise With the Fallen has been mixing many different styles of music together, therefore forming a unique band which doesn't fall under any clear-cut genre. If you read about each of their member’s musical interests, you will clearly see that they're all very different, and yet as a band, they come together as one and create music derived from diverse ideas and backgrounds. Their goals as a musical group are to help those who have fallen, rise again. Stand up for what you believe in and encourage others to do the same. Everyone's opinion counts and nobody should ever be left out because they are different. Enjoy, and get ready to RISE WITH THE FALLEN!!!

If necessary the only equipment we need provided is a PA system to transmit vocals and keyboard, besides that we could bring all other equipment unless it can be provided.

Music Saving Music - A Noble Cause by Justin Sarachik - The S.I. Band Guy
Alan Rogozin, bass player of Staten Island local band, Rise With the Fallen, wants to help make an impact. Gaynor McCown Expeditionary Learning School of S.I. is cutting its music program for the...
Nobody Cares Show # 119 Lambo White, Rise With The Fallen, Eyes Like Diamonds by Nobody Cares Show
This was a pod-cast.
Rise With The Fallen by The Independent Music Scene
Rise With The Fallen is an alternative, pop punk band from New York City. They are a band that can rock without taking themselves to seriously, and that is refreshing. A deep and rich sound without...
All-Ages Rock Never Dies! by Eric Johnson - The Staten Island Advance
Yes, Dock Street is no longer a juice bar, but the South Shore answers the call of mobs of teens tonight when Rise With The Fallen plays a muli-band show at L'Amour in Rossville. See? Not all of...
p
A
n
E
F
Song Title by Artist Name