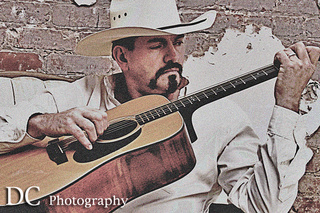 Dan Stitt began playing music as a child. He recieved a guitar from his parents as a gift and began plucking away at it. He then heard Roy Clark play on the television and vowed he would soon "play just like that". Here he is 39 years later still playing guitar, singing, songwriting and blowing harmonica.Dan played music all over Western P.A.,Ohio, Florida and now has begun playing in his new home state of Alabama. His music has taking him from playing bars, honkytonks, big out door jamborees, opening for big name acts, to Orlando resorts and many other in between venues.Just recently he was featured on "Talk of Alabama", An Television morning show on ABC 33/40. This station is out of Birmingham,AL. He was also featured in the Starscapes section of the Newspaper "The Anniston Star" in an Q&A about his songs he has written and his Demo "Two Beers Away". Dan recieved the name "Rodeo" after a band member in Florida witnessed his "wild ride" on a unbroke horse. The name stuck with him and now is used as his stage name. Rodeo writes "Real Life" music and he has either lived it or has close friends who have. His music has a traditional quality with alot of Western swing drive. It has been described by Phil Lister of Red Horse Records in Nashville as "Traditional Country with a new Concept". When asked about it Rodeo replies "its just real life and real life is too funny not to write about". His band mates, consist of a phenomenal group of guys. Jeff "Abe" Needels~ Bass Player, Lead Vocals, Harmony vocals. Jeff also came from W. PA. He began playing music as a teenager and joined Rodeo's band "Midnight Rodeo". they toured all over W. PA. and Ohio. When the band went seperate ways. Jeff played with several cover bands and never strayed to far from his music.He now lives in Nashville with his Wife and children. John Kelly, drummer, lead singer and harmonies.