Coming from a diverse mix of other bands in the Baltimore area, Rosabella joined together in 2008 with one common goal: Make great music that fans love. Rosabella busted down the doors of the local rock scene in 2009 with their debut album, What We’ve Become. This album merges edgy yet memorable lyrics and vocal melody with energetic and intricate music that demands attention and leaves your ears wanting more. Each song walks the listener through a mix of emotions and sounds, telling a story that strikes a chord within many. With standout tracks like “Something at All” and “Life as You Know It”, Rosabella is attempting to push the envelope and become a name that is recognizable across the country. The band has their eyes set on becoming a nationally touring band, bringing their live performance to fans across the country. 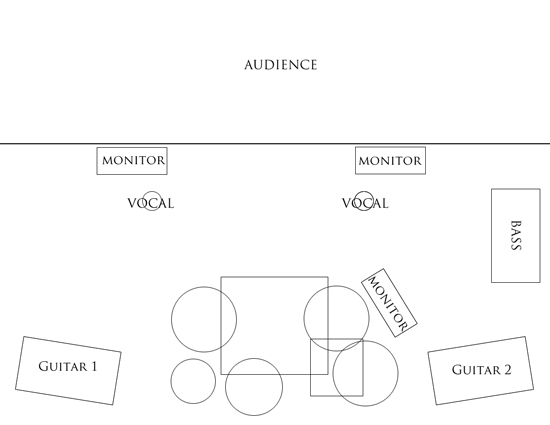 Rocksposure Band of the Month by April 2010
Is there any better feeling than loading up a brand new album on your iPod, pushing play, and being immediately confronted with the fast paced shredding of a guitar? If you ask me, it doesn't get...
Rosabella to play with EVANS BLUE by November 26th, 2010 - Bourbon Street Baltimore
Presented by Baltimore Sound Management - Rosabella w/ EVANS BLUE - Friday, November 26th, 2010 - Bourbon Street Baltimore - 316 Guilford Avenue - bourbonstreetbaltimore.com - RosabellaMusic.com
p
A
n
E
F
Song Title by Artist Name