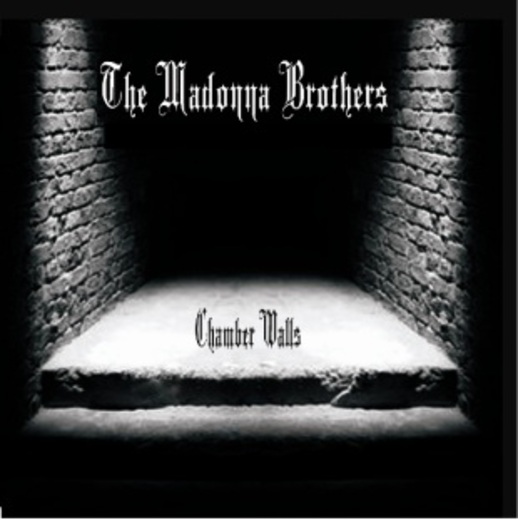 The Mayans accurately predicted the forthcoming of a major world changing event in 2012. That’s the release and takeover of Hard Rock band The Madonna Brothers from Detroit, MI. The four piece ensemble is made of brothers Joseph & Tony Madonna along with band mate brothers Hans Guilbeaux and Ryan Hearld. The powerful lineup that is The Madonna Brothers has spread across Detroit, MI capturing the attention of local radio stations WRIF – Motor City Riffs Show & 89X Radio.
The band of brother’s songs being often compared to powerhouse groups such as Godsmack, Metallica and Pantera is complimented with the guitar musicianship of Randy Rhoads technique and Dream Theater rhythm and percussion section. The Madonna Brothers explode each night on stage with their custom stage show featuring pyrotechnic fog, shooting 7 feet into the air; along with glowing red eyed skulls (respectfully named Skullz) on each side of the stage representing “we’ll jam until the end.” It’s the impressive professional attitude and wide commercial appeal that has lead The Madonna Brothers to share the stage with Drowning Pool, Mushroomhead, Quiet Riot & Ratt to name a few.
The group, originating in 2004 came together from a friendship made with Randy Rhoads’ older brother, Kelle Rhoads whom suggested to Joseph & Tony Madonna to join forces and start a band called, The Madonna Brothers. The inseparable bond Joseph & Tony made with their hero, Randy Rhoads’ brother, Kelle led them to discover and share their journey with band members Hans and Ryan (who too are cousins of each other). The family dynamic that is felt from each live performance by The Madonna Brothers is also present in their audio recordings Night’s Eye – LP & new release, Chamber Walls – EP.
Their newest EP, “Chamber Walls,” released in 2012 has the musicianship that has grown their fan base, added with the songwriting style unique to mainstream artist, Godsmack. It is this type of unique combination that sets The Madonna Brothers apart from the music industry standard. They’ve created the sound that unites the musician consumer and the mainstream music lover. The band of brothers is moving forward showing audiences worldwide their undeniable music style and presence; and above all proving that the Mayans were in fact right, The Madonna Brothers have arrived!