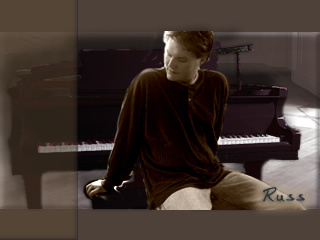 Russ is a composer & producer who, for ndzfly two decades, has succeeded in capturing the thoughts and inner moments of his listeners, while their minds wander into imagination, memory & reflection. He continues to write when the muse inspires, as those who already know his music ask for more.

Russ composes for story and film, for occasion, & for the pure joy and contentment it brings.

A musician in every sense of the word, he awakens from a dream, a song echoing, and hears a symphony in the wind. Pause for a moment, as so many others have, and let your mind soar to a far away place of wonder, sweet memory, or discovery as you listen…