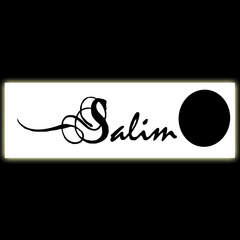 Salim Ghazi Saeedi born in 1981 in Iran, Tehran. Since 1999 he started self teaching guitar and music composition. He has composed three albums "Abrahadabra" (2006), "Sovereign" (2007) and "Ustuqus-al-Uss" (2008) in the band Arashk. His fourth album, "Iconophobic" released in 2010 under his own title in which he played the roles of composer, guitarist, keyboard player, drums arranger, mixing engineer and producer. His albums are concept albums hiring elements of classical and electronic music and progressive rock with diversified use of instruments. He describes himself as "an ever improviser... either in performing, composing or choosing the instrument!