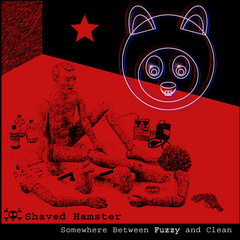 Entrevista a Scott Putesky by Florida group called Shaved Hamster
writing new original songs and rerecording some Spooky Kids tracks … recording a new Florida group called Shaved Hamster and a new Dope album next year …
Shaved Hamster – Somewhere Between Fuzzy and Clean by Debut Album
Many bands in the current Florida scene that fall into the ‘alternative rock’ genre offer sugary and polished middle-of-the-road radio ditties, and little else. More often than not, this leaves...
Fetish Filmmaker GwenMedia Scores With Soundtrack by He also is recording an album for a new band, Shav
Florida musician Scott Putesky co-founded iconic industrial/hard rock band Marilyn Manson and played guitar for the band under the name Daisy Berkowitz. Currently Putesky – who left Marilyn Manson...
If you're under 25 they are simply 'now' by if you're over 35, they're Nu Wave
If you're under 25 they are simply 'now' if you're over 35, they're Nu Wave! New US fringe rock doesn't get any more 'un-American' than these very European sounding guys. In fact they sound retro...
p
A
n
E
F
Song Title by Artist Name