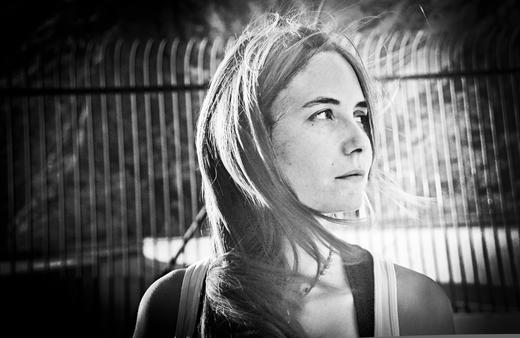 Shosha was born and raised in a small town in South Carolina, which she traded for a slightly larger one at the age of 16 to attend a public boarding school for science and math. She didn't end up learning excessive amounts of math, but she did start her first band with her calculus teacher on drums. She has since wandered far from her roots, living in various US cities and foreign countries, including Spain, the Netherlands, England, and Argentina. Shosha's upcoming album - her first full length solo recording - was recorded both in Charleston, SC, and Buenos Aires, Argentina, and exhibits a broader musical range than her previous work. While Shosha's music is best categorized as part of the recent folk revival in indie pop, her experimental structures and vivid lyrical imagery have also drawn comparisons outside of the musical realm to modernist poets such as e.e. cummings and William Carlos Williams. Although she eventually plans to return to the Southeastern US, Shosha will be based in Northern California, where she is pursuing a master's degree in International Agricultural Development, for the next year. She likes the cherry trees and misses the thunder.

solo performance: one vocal mic, one line in
for band or duo performances, please contact artist.

Strong Performer by
Shosha's off to a wonderful start. She's a strong performer. I was not at first. I didn't have Shosha's poise. I really admire that in her.-Dar Williams, Razor and Tie recording artist
Melodic Vocals, Hushed Simplicity by
Shosha Capps seems to love Tegan And Sara and Iron And Wine, influenced by the former’s melodic vocals and the latter’s hushed simplicity.-CMJ New Music Report, July 2008
Professional of the First Order by
I've seen and heard Shosha Capps several times in several venues--what a great performer she is! Her voice is haunting, and her subtle accompaniment on acoustic is just right for those clean...
p
A
n
E
F
Song Title by Artist Name