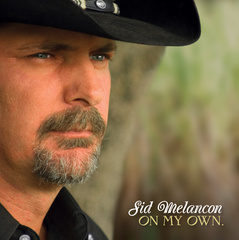 I have Been playing
Country music around South Louisiana for over thirty years.
In late 2006 I decided to record some of the songs I
had written over the years. After laying down 30 or so tracks
we pick 12 to put on my first CD. Ten of the Twelve tracks
were written by me and 2 were written by my producer
Avery J. Castille.

RadioIndy Review of your "On My Own" CD by William and the RadioIndy.com
On My Own" by Sid Melancon is a collection of impressive country songs brought to you with a modern sound and a bit of tradition. The album is strong in many ways. The lyrics are clever and tell a...
p
A
n
E
F
Song Title by Artist Name