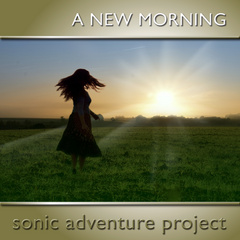 Replete with atmospheric and provocative tracks by Gian Fiero @ musemuse.com
As the clouds swelled and unloaded buckets of rain from the sky during what seemed like an interminable drive to Southern California, the ambient/electronica music on the debut CD from Exergonic, a...
Melody can be a dangerous thing... by Ambient Music Guide
Melody can be a dangerous thing. This world is awash with electronic melodies both sublimely beautiful (Global Communication) and hideously cheesy ("uplifting" Dutch trance anyone?). For composers...
Do yourself a favor... by Jacob McDaniel @ rocknworld.co
For the past few weeks, I have given Sonic Adventure Project's first full length release, Exergonic, prime attention, in an attempt to find an angle in which to review this disc. I think I figured...
Great potential for mainstream appeal... by Sequences Magazine
Another act that came to my attention through their inclusion on the 'Hidden Treasures Vol.4' double sampler (reviewed next issue), Sonic Adventure Project are a duo of Peter Koellerer & Thomas...
Delightful melodies... by www.smother.net (J-Sin)
Downtempo and chill-out music aficionados probably have already heard the work of Sonic Adventure Project with their emergence on popular compilations on the Café Del Mar series of compilations....
p
A
n
E
F
Song Title by Artist Name