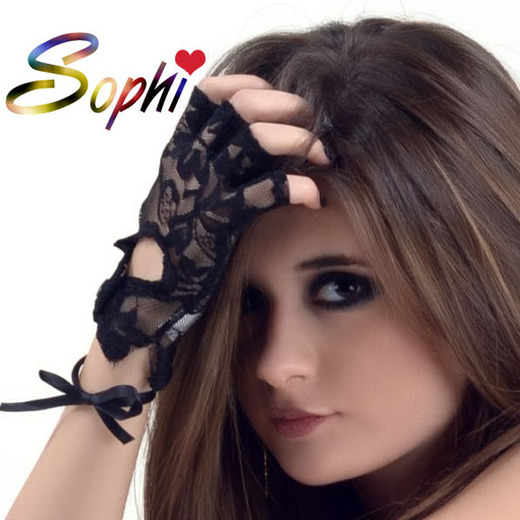 SOPHI is a 15 year old pop singer & songwriter from Houston, TX and the youngest artist ever to be recognized as the “Best Vocalist of the Month” by SingerUniverse.com. From her live shows and Internet presence, she has created a worldwide fan base of all ages. Her YouTube uploads have already scored over 1.8 million views and her fan count has risen over 225,000 on her other social media sites.

Recognized by Sony Music at the Sound & Image Showcase as a Global Emerging Artist, SOPHI is a teen with talent well beyond her years. Her original track "Free for the Moment" that she wrote at age 12 was selected by Union Square Media & DirecTV for their Gone Until December series on women surfers. In 2011 SOPHI was selected as Music World Entertainment’s pick for their Kids Jamz Pop CD and was also chosen as one of the International Songwriting Competition’s “Crank Your Cred” Finalists for her song "Boy in the Hallway". This young pop artist is a natural in front of a camera and on the stage. While her passion is singing, she also loves to write songs, act and dance. She has performed at venues such as The House of Blues Houston, Hard Rock Café, Music World’s House of Dereon, Six Flags Over Texas, SpringBoard South Music Fest, Texas Children’s Festival, the Austin Ice Cream Festival and many others.

SOPHI is well on her way to being the next teen pop sensation. She recently signed a management deal with the Grammy nominated producer, Alex Cantrall (Pink, Madonna, Mya, JoJo, Vanessa Hudgens, Zendaya) and music industry and publishing veteran Jeff Gordon based in Los Angeles. SOPHI is currently working with Alex on her second EP to be released later this summer.

Find out more about SOPHI on her social media sites and look for SOPHI’s new music coming out in 2013.

Selena Comments on Sophi by Selena Gomez
Very Nice
This is not the new Avril Lavine. This is SOPHI by L. Perry, Eye Rocks Radio
“You could easily be forgiven when you listen to this finely tuned well crafted singer /songwriter with this great rocky sound , for thinking this could have taken the best part of the last decade...
Make Way for Sophi! by JMD Records and Distribution
Taylor Swift. Miley Cyrus. Selena Gomez. Demi Lovato. They’re accomplished artists… and they have barely left their teens. A few are still teens, actually. Just like this girl over here: Meet...
p
A
n
E
F
Song Title by Artist Name