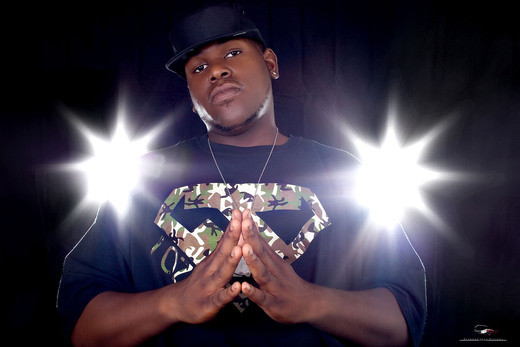 Surviving the savage streets of Florida's murder capital is a dream to the average young male of Duval County. While many are firing bullets, 26-year-old rapper J Ozzie is dodging them, one studio session at a time.

The hip hop mogul in the making founded his company, Suade Out Entertainment, in June 2009 just one month after the murder of his older brother, Michael Brooks Jr. The first part of the company's name was taken from the word persuade--inspired by J-Ozzie's will to persuade his listeners to stand up for whatever they believe in.

"I record music because it is my passion and I get to release all my struggles, pain, hurt and joy," says J Ozzie, whose birth name is Javon Williams. "My big brother influenced me to become serious [about rapping] and pushed me even when I was just trying to blow it off. I used to tell him that I had time, but that was until he was murdered on May 13th, 2009." Williams continues. "Now I see that time is of the essence and that everyday has to be productive."

Productive he is indeed. In November 2010, J Ozzie collaborated with other Suade Out artists and released "So Suade Out Mixtape Vol.1", hosted by DJ Mr. 904. With hit singles like "From The Bottom To The Top", "Where yo niggas at?", and "When you're gone", J Ozzie made it obvious that he's nothing less than serious about his music and has what it takes to dominate the world of  hip-hop.

J Ozzie has an extensive music background ranging from playing percussion instruments in his high school marching band to performing his own original songs live on stage in front of hundreds of people. His style of music is so intense, energetic, smooth, and original and it captures your attention the first time you listen to it because he raps on the beat with so much conviction. Fans tend to want to hear more after the first song.

Don't think music is the only thing you can expect from J Ozzie and Suade Out Entertainment. Suade Out Entertainment also operates as a full-fledge Promotions Company. Some of the services this expanding company provides include: street team and online promotions, small business consulting, DJ services and event planning. They also specialize in hosting some of the  most enjoyable and memorable events.

Since the release of his "So Suade Out Mixtape Vol. 1", J Ozzie has been doing various promo shows around the city and state and striving to make Suade Out Entertainment a household name. He intends for his company to evolve into a brand. His business ventures include plans to expand Suade Out into a record label and clothing line, just to name a few.

He is the proud father of Ja'monie Williams, and husband to R&B songstress Shameka "Miss Meka".