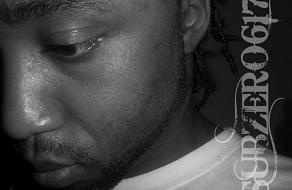 The stage name "SubZero" came to him as a teenager. Sub was an avid fan video games, Mortal Kombat was his favorite. During his teenage years Sub used to battle rap after school and developed a reputation for picking people apart with his freestyle. He went through alot of mononyms before he finally came to the name SubZero and it stuck with him. The numbers "617" stand for the original area code of everyone in MA.

SubZero617 "Sub" hails from the Roxbury area of Boston. He was born in '79 and raised during the 80's and early 90's  when street gangs were rampant and Hiphop was the predominant sub-culture of his city. SubZero was heavily influenced by his immediate surroundings and the culture behind Hiphop. Though being raised in the midst of turmoil SubZero came from a hard working God fearing family with parents who instilled a work ethic and a sense of community in him. He loved to express himself but was often times mistaken for being a quiet child because he was so attentive to his environment. The wide spectrum of influences breeded  an man who was comfortable in almost any extreme, a man who could blend in in the street or in the office, in the church or in the club.

Sub's love for music and his work ethic lead him to become an amateur publicist and promotor for New England area artists who were looking to get exposure. The work he was doing was praised but finally came to a ceiling when he realized the reality that profit was the bottom line in the music industry. Quite a different reality than expected by up and coming artists who dreamed of making a living via uncompromising self expression. Sub believes that one can still make a living in the industry without compromising the integrity of who you are, but it requires unwavering determination and untiring work ethic. He has set out to prove this by sharing his work and even unfinished work with the people in hopes that others will see him and follow suit.