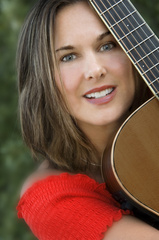 Suzanne McNeil is a soulful singer with a jazzy folk-rock edge in her songwriting. She has been likened to the pop and rock roots of Sheryl Crow. Think if, Sheryl Crowe and Peggy Lee had a love child! Her warm on-stage charisma has made her a favorite performer in the Boston area. By day, she is the Program Director and Songwriter of RealKids a music program for children age 5 and under and their parents, at the Real School of Music in Burlington, MA

Can play solo acoustic shows or duo shows with Tim Mahoney, or full band.  Can also provide PA as well.

Jay N Miller by Patriot Ledger-South Boston
“…A versatility that is unmatched, as jazz, country and pop are all within her range…McNeil’s debut album, ‘Bliss,’ on her own Candescent label, is a startlingly vivid taste of how she melds...
Tim Emswiler by The Noise- Boston
One listen to “Down the Highway” will have you cryin’ in your beer and wishing you could have been there to beat the piss out of the dude that broke her heart.”
Heather Corcoran by Go Girls
In her debut release, Suzanne McNeil unleashes a refreshing collection of songs full of personal journeys, experiences and love. Her natural songwriting talent shines bright in “Bliss”. It’s...
The Boston Globe by Boston.com- Lost in Boston
“Local singer-songwriter Suzanne McNeil perfectly capture the love-and-frustration relationship Bostonians have with their city.” - The Boston Globe
BEST ALBUMS by Great music you won't see on the charts.
“Willow” by Suzanne McNeil (Candescent)It’s always a trap to cite a friend’s work, because there is always that assumption that the fix was in, but in truth we’re probably overly hard on friends’...
The Boston Globe-Nate Dow Dec 31st, 2010 by B+
Quincy singer-songwriter McNeil’s second CD is a pleasant surprise. Her smart pop comes with more twang this time, lending it an Americana flavor that should broaden her appeal. A Massachusetts...
Local bands rock Quincy's Club 58, and the price i by The Patriot Ledger
We have written previously about the quality of Suzanne McNeil's new album, "Willow," but hearing the Quincy songwriter fronting her quintet is truly a revelation. Performing solo, or in her usual...
McNeil isn’t ‘Lost in Boston’ these days by Willow Release
Suzanne McNeil is probably the only songwriter to ever compose a lively little pop tune lamenting how much she misses being stuck in Boston traffic.That song, “Lost in Boston,” is already turning...
p
A
n
E
F
Song Title by Artist Name