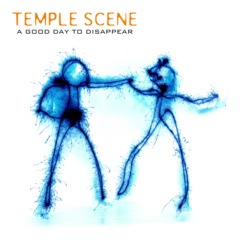 Philippe Rose and Ric Levy have been lucky enough to watch and learn from some of the great musicians of our time, starting off making the tea and working their way up until they had engineered for the likes of Korn, Eric Clapton and Dave Matthews Band. But after eight years of recording other people, they had things of their own that they wanted to say. With their deft mix of electronica and guitars, Temple Scene combine infectious melodies with a rich, layered sound.

Temple Scene are a studio band and do not tour.