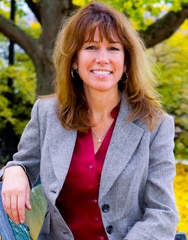 Tenley Westbrook has been singing her whole life, according to her mom. She began playing the piano at age 7 and received a degree in Music Education from UMass. Over the years, she has performed with many talented musicians at weddings and functions throughout New England. In late 2006, through a series of life-changing events and losses, Tenley began recording her Contemporary Christian debut CD, I Believe with the help of the highly creative producer, co-writer, engineer and musician, John Paul of John Paul Productions, Merrimack, NH. Several artists joined Tenley on the CD, including Ray Greene, Dave Ayotte, Steve Aubert, Christina Bowie, and a children's choir made up of Tenley's nieces, nephew and several friends. Jon Chase and Tobie Mountain added their expertice in the final editing and mastering of the CD. Others involved in the CD project were Jeff Johnson, Derek Drinon and Beth Stone Hancock. "I consider myself to be one of the most blessed people in the world," says Tenley Westbrook. "It is my hope that I can share my faith and positive way of dealing with the difficulties that arise in all our lives through my music and story so that others can be helped.

We have a sound system and amplification for guitar(s). We will need grounded power outlets. If needed, we can bring lights.

Tenley Westbrook to perform by http://www.seacoastonline.com/
Seacoast Retired Educators Association will meet at 11:30 a.m. on Wednesday, May 13 at the Portsmouth Country Club in Greenland. Tenley Westbrook, local singer and songwriter, will be the featured...
Lovesongs Gala Concert unfolds by Portsmouth Herald "Spotlight"
By Jeanné McCartinFebruary 05, 2009 6:00 AMA neighbor told a neighbor, who got in touch with a few more, then a few businesses got involved, a church jumped aboard, and a junior high school class;...
Benefit Concert Featuring Tenley Westbrook by Thomas Memorial Baptist Church
Tenley Westbrook will perform a Benefit Concert on February 20th, 2009 at 7 PM at the East Auburn Baptist Church, 560 Park Avenue, Auburn, Maine. Admission is Free.
Seacoast Chapel Upcoming Events by http://www.seacoastchapel.com/
Oct 11th, 2008 @ 6:30-8:30 p.m.Seacoast chapel228 Buxton Rd. Saco, MaineTenley Westbrook will be joining us at Seacoast Chapel, Novebmber, 8th 2008 6:30 ~ 8:30pm for our monthly Agape Coffee House....
CD Release Party Press Release by portsmouthnh.com
Tenley Westbrook - CD Release Party. Local singer Tenley Westbrook celebrates the release of her CD 'I Believe' on Friday November 21. 2008 at 7:00pmat the First United Methodist Church, 129 Miller...
Schafer Family Benefit Concert by http://www.thesoulfest.com/200
The Message Room - Come support Tamara and the Schafer Family and celebrate Christmas with special guest Tenley Westbrook, Saturday, December 20, 2008 at 7:00 p.m at the Christian Worship Center....
Radio Interview by Debby Hoffman of WKXL1450 by www.wkxl1450.com/site/index.ph
Tenley Westbrook was interviewed on November 17, 2008 by Debby Hoffman of WKXL Radio, 1450 AM in Concord, NH on the show Community Business Connections (www.wkxl1450.com) This hour long radio...
Relationship Conference featuring Gary Chapman by http://www.seacoastonline.com/
Tenley Westbrook scheduled to perform at the relationship conference hosted by Family Builders Ministries. It will be held at Bethany Church in Greenland from 9 a.m. to 4 p.m., Saturday, March 14...
8th Annual His Gifts & Presence Festival by http://www.newenglandchristian
Tenley Westbrook is one of many Artists scheduled to perform at The Eiight Annual His Gifts and Presence New England Arts Festival scheduled for JUNE 27TH, 2009 at the McCormack Performing Arts...
Holiday Music Performance @ Together in His Name by www.seacoastonline.com
A Holiday Music Performance featuring Tenley Westbrook will be held on Saturday, December 6, 2008 at 10:30 am at Together in His Name Christian Store & Cafe in No. Hampton, New Hampshire.
p
A
n
E
F
Song Title by Artist Name