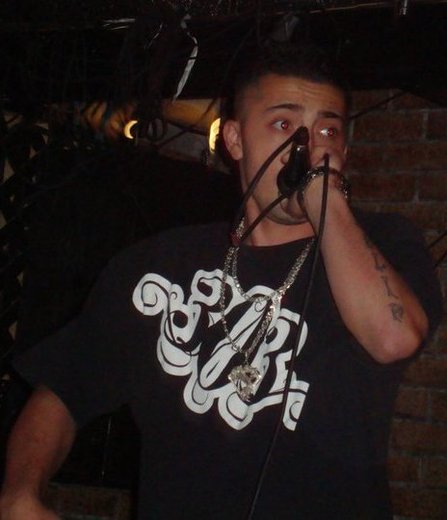 Dominic “Chozen One” Morrison, was born July 16, 1986 in Brighton Colorado. At a young age a passion soon to be a dream lived started as of 9 years old. He wrote a poem for his grandmother whom passed away.(R.I.P). Dominic took the poem and made it into his first recording. Since then he was apart of many groups and collaborations. Still pushing foward with a style and message to help change the world. Currently working on a organization called "Rap for change a organization to help familys in need with their kids also offering extra learning. Learning curves are different so we are trying the approach with flowcabulary. New project debut cd and mixtape set for release late June thanks and more to come. Also, performances all around the metro Denver area including, Roxy Theatre, Oriental Theatre, and many others.

All I need is one mic and the beat.

On the monitors have my logo or banner in the background