The Adobe Flash Player is required to watch videos on this page
Print The Action!'s EPK 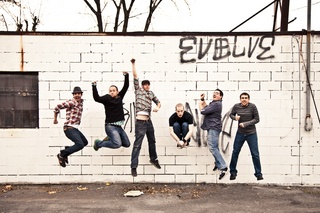 The Action! is an innovative band from Syracuse, NY whose music combines many genres, such as ska, punk, jazz, and rock. The Action! was formed in 1998 and quickly gained a devoted following throughout the region.

During their career, The Action! has released 3 albums, two EPs, and been included on a number of compilations including the internationally released Still Standing (Jump/Megalith) compilation. Their most recent album, Exploding Radio, was released in 2008 to rave reviews from both critics and fans.

Each member of The Action! brings extensive musical knowledge and ability to the band. Together, they produce a fantastic sound, a high energy level, and a contagious excitement during any performance. The Action! has shared the stage with Gym Class Heroes, Reel Big Fish, The Toasters, The Pietasters, and The Planet Smashers, among others. On stage, they deliver a tight, adrenaline-fueled performance that remains unparalleled by their musical peers.

If it's a small place we'll provide all necessary PA, amps, and lights. All we need are two power outlets.

Here are reviews, songs clips from The Action! by December 28, 2008, Mark Bialczak/The Post Standard
Here's how to explode a radio, according to The Action!Take two trumpet and two trombone players. Turn them loose.Add hard rock guitar, bass and drums. Set them free.Allow the singer to express...
p
A
n
E
F
Song Title by Artist Name