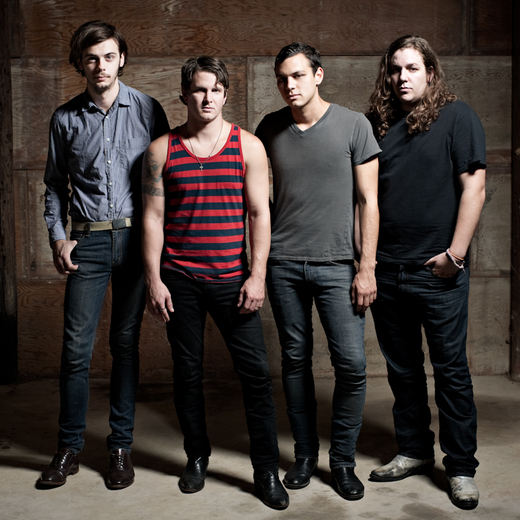 Davey Rumsey formed the Del Toros after years of being a singer/songwriter act. In May of 2009 he independently released an EP entitled Your American Sin. After this, in an attempt to get the simple acoustic skeletons out of his head, he began to flesh out his songs in full form with his closest friends and favorite musicians. Born in the summer of 2009, the Del Toros began playing local shows and immediately developed a loyal following while building a repertoire of rock gems. Drawing influence from bands such as the Rolling Stones, Led Zeppelin, Radiohead, and Wilco, the Del Toros manage to cut through polarizing sub-genres and fuse the classic with the contemporary to form their own unique brand of rock and roll. In the fall of 2009 the band began self-engineering and producing their debut album entitled Come Down, which was released on July 23, 2010.