The Adobe Flash Player is required to watch videos on this page
Print TheLastAutumn!'s EPK 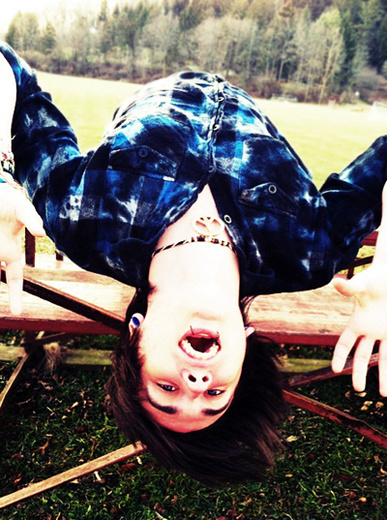 TheLastAutumn!  is a one man acoustic/pop project fronted by 16 year old Tristen Stafford! So far, TheLastAutumn!'s released 3 official EP's and one demo.

Tristen began his becoming interested in playing music when he was 14 in December of 2010. Being inspired by Owl City and TheReadySet, Tristen began making electronica/pop tunes. Then in late Februrary, he picked up his dads guitar and make his first acoustic song.
On April 30th, on his Birthday, he was given his first guitar and began writing new music and learning covers. It wasn't until late May that he started TheLastAutumn!, and in mid June, he released his first demo entitled "TheDEMOEP."

In October of that same year, Stafford released TheFancyPantaloons!EP, his first official EP, on PureVolume.com and FaceBook.com. With his Single, NeitherCanYou, Stafford managed to reach to PureVolume Top 10 Charts, remaning at number 2 for a consecutive 8 days.
Since then, TheLastAutumn! has trafficed a total of 20k plays, released 2 other EP's entitled TheLifeEP and ThePostcardsEP, has held the top number 2 spot on UndergroundMusic for most popular interview, and has gained a decent fanbase. TheLastAutumn! is currently aiming to release his new EP titled TheHelloHello!EP around mid-July on Purevolume.com, iTunes, Amazon, and Pandora.