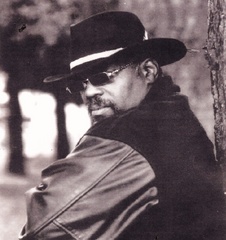 Chicago Blues, Soul, Old School R&B, Funk, Jazz and Gospel brought to you the way it was back in the day. One of the true last living Artists with this level of showmanship.

This vocalist will never do a rendition of another artists work if he cannot do justice to the piece as he feels it is disrespectful to that vocalist. Taking the stage in a professional manner and not the least intimidated by large audiences. "I just do what I do. . .I make it my own" Mo says. "If you expect to hear BB King or Marvin Gaye I'm still doing it Mo's way"! Unintimidated, you can expect flawless renditions of the late Ray Charles, Isaac Hayes, Barry White and other greats within his genres and of course many originals in the mix. Now on the air in various demographics.

This artist works with legal contractual performance agreements which benefit both parties. Available to tour Worldwide. Further information and references available upon request.

Interviews by M 24/7 Entertainment
Mo Minors has been interviewed by newspapers on the West Coast, the Midwest, The South, The Delta and in Canada. Adored by audiences everywhere, Current career goals include touring Overseas in...
It's Time For Change For Real by BB Moegling
Born with "Perfect Pitch" Mo was a soloist at Chicago's Fellowship Baptist Church at the ripe old age of 3, yes THREE. By age 12 he was granted an understudy position with the operatic division of...
Recording Productions by M24/7 Entertainment
Grammy insider Jim Gardiner of Pajama Records/Touchtone Productions is one of the best Engineers in the Industry. Jim and Paula Telander have worked with many Grammy Award winning Acts. Based in...