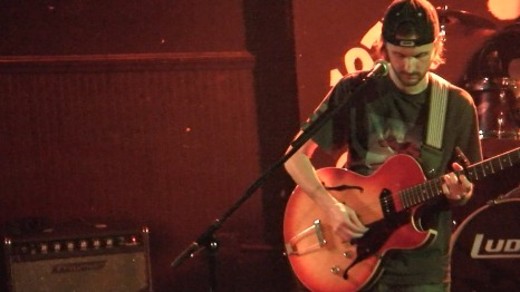 This is a story of life. Of individuals. Mixed with fate, dashed with chaos, and steeped in happenings that wove friendships and forged music.

And the story still continues...

The Radiant Mind began with Robert Chaney and Chris Stump playing on the porch of a second floor apartment.  Robert had some acoustic songs with lyrics written, and Chris started playing bongos to them. Robert was (and still is) a guitar technician at a local guitar shop, and Chris was an employee. Chris’ brother Tim, who also happened to work at the same guitar shop had been learning to play guitar and had an ear for finding hooks and playing solos, and it was inevitable that jam sessions happened. the last member, Nick Halliburton, was a friend of Chris and Tim, and was asked to play bass to complete the band. After weeks of playing in various living rooms and porches, they had fine tuned a handful of original songs.

They began playing shows, and three songs got recorded in Skullsessions Studio in west houston: The Chase, They See, and the Empress of Old Orleans.

As with all things, life happened.

Tim took a hiatus from the band, but they didnt stop practicing. Chris began to play guitar, and Nick started drumming, which started the idea for each member to rotate instruments. Enter Brett Bousley, who could play guitar and bass, and with him the band could begin to introduce more dynamics to the songs that were being written, as well as a live show with a music instrument rotating

Three more songs were recorded at Skullsessions: Rally, Carpe Diem, and My Mind. Each of these songs highlights a different lead guitarist.

There was a year of silence. Tim and Chris got jobs away from the music store, Brett went to school, and Robert helped to open a guitar store farther west, on the fringe of Houston.

Robert was a member of the Houston Songwriter's Asscociation, an organization that has monthly critiques for all types of songwriters/performers. The meetings comprised of listening to original music, whether performed live or recorded, and then the people in attendance could give comments and constructive criticism. Each month, two songs were selected as "Songs of the Month", and at the end of the year those songs were eligible to win "Song of the Year". Five of the band recordings were entered (each a different month), and Robert also entered some of his other solo acoustic songs.

Out of the eleven months of 2008, Robert had nine songs selected as monthly winners.

"Empress of Old Orleans" won Song of the Year, and Robert also was awarded Songwriter of the Year.

Nick dropped off the radar. The band unraveled for a short span, practices became sporadic. Chris and Tim devoted themselves to other musical endeavors. Brett is playing in the Houston jazz scene. Robert  continued to write, has played numerous open mic's, and is always walking in his neighborhood singing and playing acoustic guitar.

In late 2011, a call came in. Chris and Tim asked Robert to play bass, and they had another friend, Jeremy, who could play drums and guitar. More songs were written, and to this day, the practices continue with live shows once again on the horizon.

if we have all our gear with us...then...two guitar amp mics, 1 bass amp mic, drum mics for a five piece kit plus overheads, mic and boom stands for three vocal mics, at least three individual guitar stands, monitors for everyone would be preferred.

direct lines to the pa for at least three acoustic guitars, and a mic for a djembe for an acoustic set.

if we dont have our gear...? it is tough to imagine this scenario, as we would want our own instruments and amps. my job is a guitar technician, my guitars are what i would want to play. if it ever came to this though, the list wouldn't be overly extensive, but some specifics may not be possible to get in a short time.

cold water, bottled, lots of it. 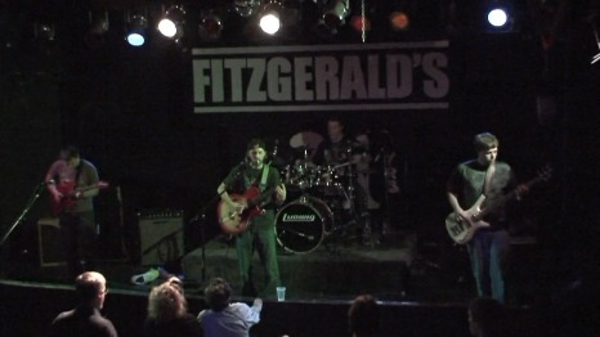