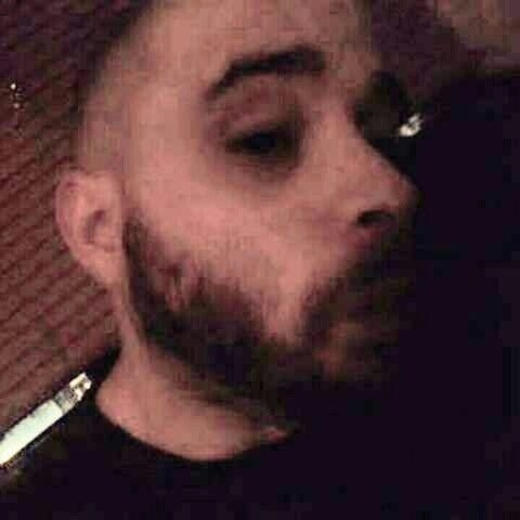 Corleone made a name for Himself on the streets. A true gentlemen, indeed, with class. He created his name as, "Corleone" when He was just six or seven years old. In 1992-1993, Corleone was a member of the legendary hip-hop group, titled, “Wu Tang Clan”, as an official affiliate member of the Wu-Tang Clan affiliated hip-hop group titled, “Killa Army”. "Killa Army", was a hip-hop supergroup created by 9th Prince, who is RZA's (of the Wu Tang Clan) younger brother.

In 1992, Corleone created his own rhyme style, as He then studied the dictionary and thesaurus. At just six or seven years old, Corleone would write rhymes while at the same time, He would study several editions of the encyclopedia, while also studying astronomy, astrology, math, and english literature. He and member(s) of The Wu-Tang Clan affiliated hiphop group, titled, "Killa Army", would then compose rhymes together, as they would elaborate with eachother on which words to use, while using the dictionary and thesaurus.

Corleone nearly began his career in 1993, as he worked on one of his first record deals' with Robert Percy Miller, aka Master P, under Cash Money Records / No Limit Records for over $30,000. Once again, Corleone was underage and was not legally of age to sign His record deal with Master P, as both Corleone and Master P, conversed with each other for several hours, prior. In 1995-1996, Corleone began working on a management and recording contract with Busta Rhymes and R&B Group, “Jodeci” manager, Sheryl, CEO of Drama Inc., based in Manhattan, New York. Corleone was than offered the opportunity to feature on the first world premiere song in the music industry of rap star, “Lil Bow” but Corleone declined to sign any contractual agreements due to song details and financial reasons. Since then, Corleone has worked on record deals with Babygrande Records, Def Jam Records, Universal Records, Universal Music Group, and many more record labels to name.

In 1993-1994, as a six or seven year old child, Corleone began to independently record his own rhymes, while using a PC microphone on His computer. He would later upload his records to the internet. Over a course of months, Corleone would have then obtained millions and millions of music downloads from fans of his own, all over the world. Corleone then discovered that He would have a world wide fan base, and as a six or seven year old kid, under his secret internet aliases and online screen names, to protect his celebrity like status; titled as, "Cleptho" aka "Clepthomaniac", "Raw Scrolls", "Liberal Arts" and, "Naturally Gifted". Corleone then became known as one of the greatest emcees, in the history of the entire world wide internet. By the age of merely 9 or 10 years old, Corleone had already been compared to rappers such as Canibus, Rakim, Nas, and many other rappers to name, on a world wide platform, by trillions and trillions of people from all over the world.

Corleone revolutionized the hiphop culture on the world wide internet, as he created and co-administrated some of most known and productive online hiphop communities to date, as of this very day. Nearly 20 years ago, Corleone created HipHopDX.com and was also co-administrator of online hiphop communities such as, FreestyleUniverse.net, Lyrikalwarfare.com, and many other websites to name. Corleone is no longer affiliated with, HipHopDX.com, as the current administrator of HipHopDX.com, was the initial graphic coordinator to which Corleone had hired, years ago. Thus, He had stolen Corleones' website, and entire concept and ideas for HipHopDX.com, while also removing Corleones' administrative powers from logging into the websites administrative control panel.

In 1995-1996, Corleone was also the first lead rapper to two-time Grammy award winning rock band, “Linkin Park”, but declined to further his membership with “Linkin Park” due to his lack of interest in, “Heavy Metal Music”. Corleone is also a ghost writer, and has written music for all sorts of musicians in his past. In 1997-1998, Corleone was also given the opportunity, had taken, to ghost write music for artists such as Lil Wayne, and B.G of Cash Money Records. Corleone was a 7th grade student at the time and He accepted the terms to ghostwrite for both, Lil Wayne and rapper, B.G but was later given instructions to drop out of school, and to fly out to the record labels headquarters, so that He could begin working right away on their projects. Corleone chose to further his education and remained in school. As He then declined the opportunity to ghost write for both rappers, Lil Wayne and B.G.

Corleone was also known as a battle emcee, and performed in many on stage rap battles at night clubs against other emcees, throughout the tri-state area. In 1999, Corleone was barely twelve years old and was invited to participate in the worlds biggest emcee battling competition, titled, “The Brain Storm Battle”, in the state of California. At this competition, stood a panel of Judges such as, Mos Def, Canibus, and so on. Corleone was in New York City at that time and due to a snow storm occurring at that moment, He could not attend the rap battling competition. Corleone has been featured on DVD's such as, "Big Pun Appreciation Night", which filmed in the state of Philadelphia. He has also featured on a DVD's such as, "Coast to Coast MCs", which was filmed as documentary in His neighborhood by, "Sneak Tip Media". Corleone also starred as a guest in the Warner Brothers film titled, "What It Be Like".

In 2002, Corleone featured as a guest artist on radio station, 89.3 fm, hosted by Radio Host, Uncle Meatball in Allentown, Pennsylvania. Corleone then freestyled an array of rhymes, for hours long on air, alongside artists GQ Nothin' Pretty and Sinatra. Sinatra, was rapper, 50 cents' best friend and on-stage alliance, also known as, “Hype man”, for years throughout the beginning of 50 cents' career. On that same night, after the radio session was over, Corleone was then offered a record deal by radio host Uncle Meatball, with Def Jam Records, to re-place the lead rapper to a hip-hop group signed with their label titled, “Road Call".  There were words shared between both Corleone and radio host Uncle Meatball upon Corleones' skepticism on joining the group titled, "Road Call", as Corleone had doubts of sharing certain residuals with members of the group. In convenience, Corleone was later given the opportunity by radio host Uncle Meatball, to sign with Def Jam records as a solo artist, as well. A meeting was then scheduled between Corleone, and Def Jam Records by Uncle Meatball on the following weekend. Corleone attended the meeting, but was forced to leave the meeting as prior, one of his past ex-girlfriends hid in the back of his car without him knowing and physically attacked him in the parking lot, outside of the building where the meeting was initially to take place. He was not able to attend the meeting with Def Jam Records and thus, the record deal had never fallen through.

In 2002-2003, Corleone independently recorded and released a hit song titled, "Eyes Of An Angel", which landed as the premiere theme song for the hit television series titled, “90210”. The song was later dropped from the television series, due to a copyrights claim, worth over $500,000 over a sample, featuring the female contemporary artist, "Dido". With having millions and millions of music downloads and song plays, Corleone also featured on mp3.com's top 100 song charts, as well. Also, while making the top 10 song charts on ourstage.com more than twice, and top 50 song charts on soundclick.com, Corleone also featured as a top artist on various other music charts and outlets, as well.

In 2010, Corleone was assigned as ghost writer, to rappers, 50 cent and Eminem, for well over $3 million dollars through the major record label, Universal Music Group, as well. He declined to sign his record contract with Universal, due to him not receiving any royalty money, nor credentials as the initial song writer. As his manager than, was Brian Wayne Perry of Universal Music Group. Corleone has also featured on film publications throughout the U.S, and in 2010, he was reached out to by Christopher Martin aka Play, from the hit film series, “House Party”. He then was offered a sitcom deal to star as boyfriend to actress, Tristin Mayes on the sitcom series titled, “Fail”. Corleone declined to participate on the show due to finances, as He was only offered $300 per episode and could not afford to leave his home based job.

Corleone has inspired many artists to create music and to pursue a music career. Nearly 20 years ago, Corleone inspired the world famous rapper, known as, “Drake” to pursue a music career, and has even been reached to by rapper Drake, and told these very exact words. As once listed as, “My Inspiration” on Drakes personal website. Corleone was reached out to by rapper Drake and was told that He was Drakes Idol, Influence and Inspiration at recording Hip-Hop Music. Corleone has been interviewed by, “Rolling Stone Magazine”, and has also been scheduled to interview on, “XXL Magazine.” Corleone has also been scheduled for interview on ABCs’, “Good Morning America”, television show, under Tate Publishing, of whom he was signed with as both a musician and author in 2013.

In 2013, Corleone worked on his first debut album and book to be sold physically and digitally in stores world-wide titled, “Diary Of A Sinner”. Corleone signed, both a record deal and book publishing deal with Tate Publishing. Corleone also had a partnership and sponsor deal with Dish Network, ESPN, ABC, NBC, FOX, CNN, SPIKE TV, U.S.A Channel, AMC Channel, MTV, MTV2, VH1, B.E.T (Black Entertainment Television), Disney Channel, and nearly every television to radio network in the entire entertainment / television industry. Corleone also worked with female pop star and Disney sensation, “Demi Lovato” on a featured song for His debut album titled, “Diary Of A Sinner” . He also worked on four featured songs for His album with world known, ‘DJ (dee-jay) and emcee, “Tony Touch”. Corleone canceled His album release due to him experiencing both a brain aneurysm and a stroke at the same time.