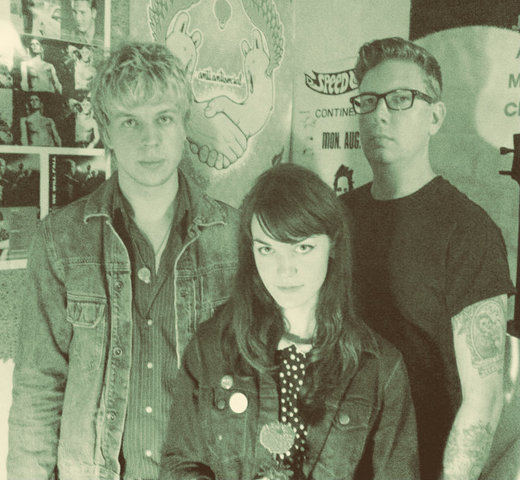 The Sunshine Factory started as a collaborative effort between Ian Taylor and his father and lyricist, Robert Taylor. Forming in the wake of their former project, “The Ellen”. The final pieces of the puzzle came with Sally Robertson joining on bass and vocals in 2010—and drummer Clay Bates in 2012. The Sunshine Factory has recorded two full lengths and three singles. Performing live as a trio, T.S.F. produce a sensory overload of light and sound. 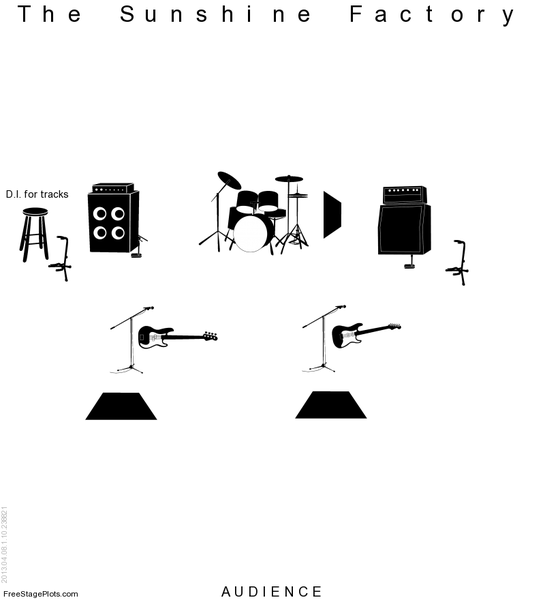 The Sunshine Factory goes own way, sees payoff by Alabama Press-Register
...Taylor demonstrates his range as a songwriter on the album, with material ranging from a heavy shoegaze influence on tracks like “Twisted” and “Clover” to the sweetly intoxicating pop of “My...
Your New Favorite Band by the Dumbing of America
...Alabama?! Ah yes, a hotbed of shoegaze bliss that spews out bands that are just waiting to escape the shadow of (insert name of famous band from Alabama here). Hailing from Mobile, The Sunshine...
BNBTV Spotlight: The Sunshine Factory by Best New Bands
Call me ignorant, but for some reason I don’t usually connect Mobile, Alabama with psychadelia—especially psychedelic rock. However, this might change thanks to The Sunshine Factory. We have before...
SONG OF THE DAY: THE SUNSHINE FACTORY “MY SUGAR CA by Future Sounds
Today’s Song Of The Day comes from of all places, Mobile, Alabama. Yep, that town that sits on the Interstate 10 and on the edge of the Gulf is the headquarters for THE SUNSHINE FACTORY, a shoegaze...
The Sunshine Factory PopMatters Premiere by PopMatters
Mobile, Alabama’s the Sunshine Factory are a power trio with a shoegaze and psychedelic edge. It’s a popular sound in indie these days with Bear in Heaven and A Place to Bury Strangers as the...
Top 50 Best New Bands In America by The Boston Phoenix
Back in April when the Sunshine Factory made their New England debut at Deep Heaven Now, we immediately declared them the best thing to emerge from Alabama since Zelda Fitzgerald. And now that last...
My Sunny Valentine by Kate B.
Bands like Sunshine Factory rarely lock eyes with their adoring fans, since they’re often staring down at the ground, transfixed by their art. Such is the effect of shoegaze—a style of music known...
p
A
n
E
F
Song Title by Artist Name