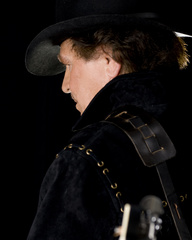 T Jae has been circling this music rainbow for many years, and has came up thru the ranks the hard way!Always on the job training! He has learned to wear many hats very well, from writing, producing, operating his Own Record label, producing many artist, performing artist himself. He has opened shows for such greats as: Buck Owens, Ray Price, Lefty Frizzell, George Jones, Conway Twitty, & many more. His songs has been recorded by: Nat Stucky, Charlie Pride, Roy Orbison, Jeanne Pruitt, Jimmy Martin, etc. He has done several European tours and has always sold out every venue.
He's a supurb entertainer, and as you listen to his vocal style, you'll hear a touch of many great artist like, Merle Haggard, Coonway Twitty, George Jones, Vern Gosdin & even a little Lefty! His acomplishements are far to many to mention in a short bio. He's the most down to earth artist we know, and always puts his audiences and fans above everything.

Top Five by
T jae's Latest Video: "This Is Where Jesus Would Go" Has been voted in the top five for the ICM / CCMA, Awards. The show and awards will be filmed & broadcast from the TBN studios,...
p
A
n
E
F
Song Title by Artist Name