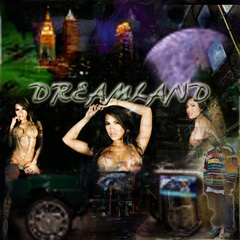 Tony Paper Chase is a rapper, songwriter, and a FREESTYLIST. He performs solo in addition to performing wih other rappers. Tony Paper Chase has done various talent shows, talent showcases, as well as various freelance performances at community centers throughout Cleveland, Ohio. Tony Paper Chase has a style that ranges from the everyday struggles of what it takes to survive on the streets to a creative and insightful manner that can be equated with artists such as Lupe Fiasco and even Andre 3000 of Outkast. In each song that Tony Paper Chase performs he expresses his struggles to the fullest extent informing listeners that music is truly the dying passion that he lives and breathes for. Coming from a family fostered in the Holiness Church he was instiled with both moral and religious values that he holds dear to heart. Through his upbringing in the church Tony Paper Chase learned also the importance of respect and that in giving it one will receive that in return. Having lived a life that he would never wnat his children to be exposed to he hopes to leave a legacy embedded in good music that will not only allow his children to remember him but his diverse fan base as well. After returning to Cleveland, Ohio in 1997 Tony Paper Chase continued with the struggles of street life and it was at this time that he began to realize that the streets was not where he wanted to be forever. He worked relentlessly perfecting his skills while never losing sight of his love for Christ. After performing at a family member's wedding in August of 2007 the crowd's ecstatic reaction confirmed for him that making music is how he wanted to pursue the rest of his life. Determined to succeed and not follow down the path of influential family members in his life Tony Paper Chase and the message he brings is the beginning of a new day in the rap game. INFLUENCES: JAY-Z, OUTKAST, WU-TANG KLAN, BIGGIE, 2PAC, LL COOL J, SLICK RICK, MASTER P, UGK, EIGHTBALL ,MJG, BEANS, KIDROCK and other inspiring artists. You can follow up with Tony Paper by checking out the following websites: www.myspace/tonychasep, www.wemix.com, and www.soundclick.com.