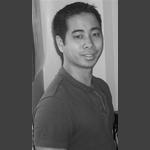 Matthew Lee studied animation at the School of Visual Arts, where he developed his trademark dark comedy under the tutelage of beloved instructors Yvette Kaplan and Everett Aison. He graduated without honors in 2005 and his thesis film, The Tail Of Delano, a story about an agoraphobic lizard, was a semi-finalist in the 2005 Angelus Student Filmmaker Awards.

In 2006 he followed up “Delano” with his post-college animated short, “Road Test,” a comedy about a nervous driver and his over-aggressive road test instructor.

Currently he is freelancing while writing "ROAD RAGE", the sequel to "Road Test" due out Fall 2008.

He has also has animated on shows for Comedy Central and MTV.