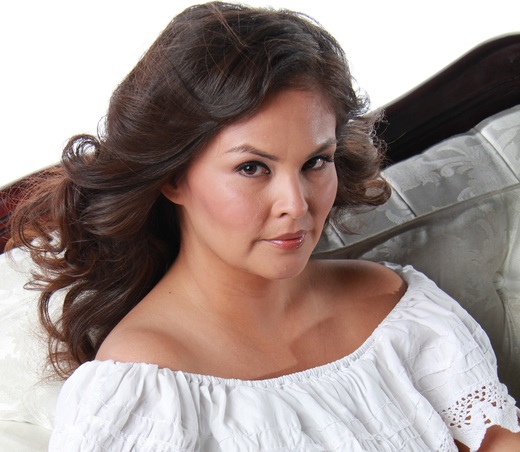 This follows the 2010 Vancouver Olympics Entertainer debut album “No Lies” (2008) which garnered national recognition with multiple wins and nominations including a 2009 Juno Award nomination and “Songwriter Of The Year” credits at the 2009 Aboriginal People’s Choice Music Awards.

Leading us through this new musical journey is the twangy country tune “This Ol’ Habit” that plays on the governments marketing campaign to profit off our willpower deficiency.

A vocal and life collaboration with Country Blues Artist and husband, J.C. Campbell, “Back In Love” is a conversation about the efforts we sometimes forget to make when in love; keep the fire.

Written with the simple message of wanting to truly be settled in life “Happy Here With Me” offers a rockin’ melody as addicting as a triple triple at the great Tim Hortons OR Chapstick.

The ballad “Doin’ Time” tells the story of a young girl who lives with memories of her abusive past knowing her perpetrator walks free.

“Woman Of Red” is an empowering anthem and the title track that encourages forgiveness and healing after the Residential/Boarding School plague that swept across our Red Nation. To walk with courage and share the stories brings us all freedom and the knowledge to pass onto our children and generations to come.

Everyone has had a partner in life that made you question what we saw in him/her in the first place. It’s true. More truth is how we tend to accept the poor excuses for their cheating ways. Find this honesty and humor in the bouncy track “Do It For Me”.

Pulling at the ol’ heart strings is the story of growing up without your Father in “Me & Mama”.

Tracy has performed on the nationally televised Aboriginal People’s Choice Music Awards ceremony and received top honours for “Songwriter of The Year” in 2009 for her debut album “No Lies”. Additional highlights include 2008 Western Canadian Music Awards performance after her win for Aboriginal Recording of the Year. She took to the stage during (A.P.T.N.) Aboriginal Peoples Television Network’s live concert broadcast of ‘08 National Aboriginal Day. Her music found a place in an episode of APTN’s Mixed Blessings, and her performances have been featured in three APTN music series, Solstice Concerts, The Mix and Arbor Live. CBC Radio has twice featured Tracy on live radio broadcasts, Red Road Music and Future Sound Of Native Canada.

An inspiring and engaging speaker, Tracy reminds us to recognize and honor our gifts/talents. She travels across North America to connect with the youth through her musical workshops. She supports a brighter future through presentations to the youth with Country Blues Artist and Husband J.C. Campbell. “We focus on building self-esteem, encouraging healthy relationships, song writing and performing while incorporating the traditional values and our history”, Bone explains.