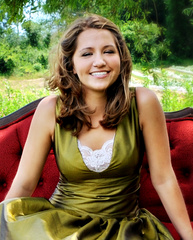 A fan once said of Vanessa's music, "If my soul could sing, this is exactly what it would say". Revealing lyrics about broken love, being reckless, and new beginnings instantly grab your attention. Her dynamic yet soothing sweet voice combined with her unique guitar tunings create a sound that brings back memories. Vanessa writes songs that are bold and fearless in exposing her emotions. Vanessa says of her new album, "When people hear this album for the first time, I can only hope that it helps them make sense of their emotions. Of the fears and doubts that hold them back. Life is too short for regrets. It's all about taking chances. This album is my leap into uncertainty."

Deeply-felt, Vanessa's Brewhouse Records debut, Into Place, is very much an album of unique, yet shared experiences. Backing Vanessa is Brian Sargent (electric guitar, vocals), Rohin Khemani (drums, percussion) and Marc Hickox (bass). Imagine warm musical tones exuding from the stage creating a dreamlike atmosphere where the listener can drift away to the melodies. That's what it's like to attend one of Vanessa's shows.

The Ripple Effect Showers Vanessa by The Ripple Effect
If you're in the mood for something a little different, something to help you kick back and enjoy your summer yet still touch your heart, check out this vastly talented young singer/songwriter...
Kafka, Nathanson Prove To Be Crowd Pleasers by The Daily Campus
Matt Nathanson and UConn student Vanessa Kafka wowed the audience Saturday at the Jorgensen Center for the Performing Arts. The two left the crowd satisfied with their acoustic guitar sets...
Vanessa Kafka "Into Place" Album Review by The Ripple Effect
Now that we’re approaching the anniversary of our first full year of Ripple service, The Pope, Rock Iguana and I have been around long enough to anticipate new releases from some of our earlier...
TT the Bear's Show Review by 52 SHOWS
An old friend turned me on to local Boston singer-songwriter Vanessa Kafka a couple of months ago and I was immediately drawn in by the whole pop-sounding, girl with a guitar thing that she has...