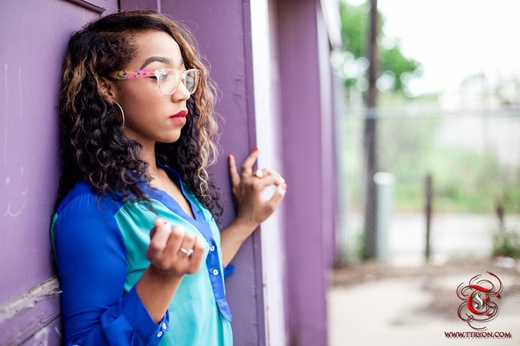 Vashauna lives and breathes music. You can hear the passion in her music so that it smoothly captures you. She is an amazing artist that many would consider more than ordinary, with a unique style of her own. She is a compelling singer-songwriter from Iowa now residing in Nebraska. She does not limit herself to any specific genre just yet but she sings and writes just what she feels quite genuinely. Vashauna has been singing professionally since the age of 15 yrs. old and since then has a very long list of performance experiences including opening for several well-known acts such as Michael Blackson, Ruben Studdard and several BET Def Comedy Jam acts. She has also has traveled with her mentor Otis Williams and the Temptations throughout the US. She has released several of her originals through her social media sites to prepare her listeners for what is to come. Her music has drawn the attention of industry producers, engineers, etc.  She is in the process of an EP release that should be available by Spring 2014. Her overall vision in Vashaunas’ words “To contribute to positive change throughout the world, to encourage unity and love, to be a reminder to those who have forgotten about the beauty of life, love and destiny, to elevate strength, to be the voice to those who are afraid to speak, to stand up for those who feel alone and meaningless, to share my vision with the world so that they may see what I see and hear what I hear and understand that life is precious.... life is beautiful…. music is life”