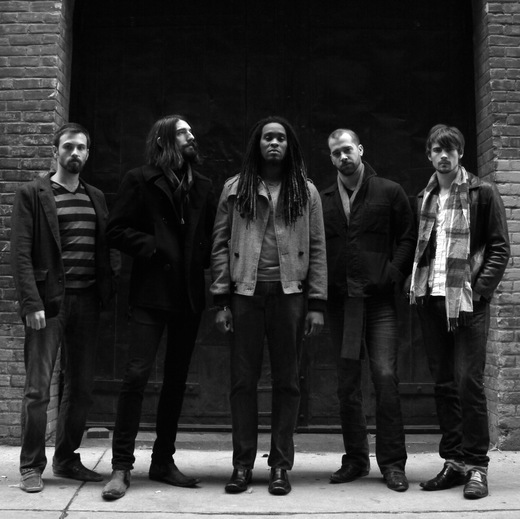 Jirod Greene, front-man of Austin,Texas-based Blues/Soul outlet Suite 709, knew from an early age he was meant to be a singer. After countless talent competitions, church performances, and being heavily influenced by the R&B legends who provided the soundtrack of his childhood, Greene channeled living-room performances of “Thriller” into a lifelong musical career. Citing many of the greats, Greene states, “My earliest influences were Luther Vandross, Whitney Houston, Boyz 2 Men, Jodeci, Otis Redding, James, Brown, John P. Kee, and of course Michael Jackson and Donnie Hathaway.”

Joining a band didn’t come into the cards until high school for Greene, who after growing up in small Lake Jackson, Texas, teamed up with former kindergarten classmate (and current Suite 709 guitarist) David Butler, to perform around Texas together until 2006. The two met keyboardist Dietrich Schmidt, a classmate of Butler’s at The University of Texas, and decided to focus their musical direction on the natural soul of Greene’s voice. The addition of Zach Boston on drums and longtime friend Drew Waters on bass rounded out the group. With the members fresh of out of college, Suite 709 was born in July 2009.

Suite 709 played their first public shows during SXSW 2010 with no recordings, press, or even band photos; yet, the band quickly received multiple accolades including “Top 10 New Bands of 2010? from the Austin Chronicle Music Awards, “Top 35 Bands of 2011? Do512.com, “Best Find at SXSW 2011? from QRO Magazine, “Hot 100 Unsigned Bands of 2011? from Music Connection Magazine, and most recently “Top 5 Soul/Blues Bands of 2011? at the 2011 Austin Chronicle Music Awards alongside notable acts Gary Clark Jr. and Black Joe Lewis and the Honeybears. Platinum Producer Dwight Baker (Kelly Clarkson, Bob Schneider, Blue October) caught wind of the band in early 2011, and fans quickly funded a Kickstarter campaign to record the band’s debut EP “Keys.”

The group continues to sell out shows in their hometown of Austin, Texas, and has developed a strong national and international following through their innovative use of social media outlets such as Google+, YouTube, Twitter, and Facebook. The band embodies the soul of DIY musicianship in everything from graphic design to marketing to engineering their own recordings. Reviewers repeat, “Words cannot describe a Suite 709 performance experience.” Every show is like a party from beginning to end. Greene’s ability to connect with audiences combined with the band’s blend of R&B, Soul, and old school Rock-N-Roll creates a sound is reminiscent of Motown’s mega-pop group The Jackson 5 to modern day R&B superstar John Legend, with a touch of James Brown’s flare. Together, Greene (vocals), Dietrich Schmidt (keys), David Butler (guitar), Drew Walters (bass) & Zach Boston (drums) bring a new flavor of soul to music lovers, young and old.

Suite 709's latest release “Night & Day,” which debuted at #13 on the iTunes R&B/Soul Charts features 11 tracks of soulful lyrics matched with rhythmic beats that charms listeners into singing along on the first listen. Ranging from the upbeat, empowering anthem ”Life Won’t Let You Down” to the wishful, longing ode to love “Miss You The Most (True Love)”, the album tells a story of playful devotion and the desire dance away stress and be carefree. From the nostalgia of lost love in “She Don’t Even Know” to the opposites-attractive tale ”Apples and Oranges”, Suite 709's chemistry is genuinely honest, resulting in exuberance akin to life in a simpler world.

SUITE 709 EMBRACES THE POP LABEL by Houston Chronicle Pop Critic Joey Guerra
Suite 709 doesn’t shy away from the (sometimes dreaded) pop label. In fact, the Austin band embraces the tag. “I feel like when people hear that word, they think of the color pink and bubble gum....
SUITE 709′S “LIFE WON’T LET YOU DOWN” by Jarad Matula | Senior Writer
Artist: Suite 709 Song: ”Life Won’t Let You Down” Album: Night & Day Coming down from a hard week sometimes you need a smooth jam. Look no further than this fantastic track from Austin, Texas...
Sound Check: Suite 709 – Reasons to Feel by Joe Walker, SoulTrain.com
How do you make music? Before responding, note the most literal answer is not entirely the correct one. Playing instruments and booking studio time to record and engineer vocals and instrumentation...